The researchers analyzed tumor and/or blood specimens from 136 NSCLC patients who relapsed on ALK TKI therapy. They detected MET amplification and/or MET fusion in about 15% of tumors, including a novel ST7-MET rearrangement in two patients.

Two patients with MET-driven resistance to first-line alectinib or ceritinib received crizotinib, which is active against both ALK and MET (it was combined with lorlatinib in patient 2). Both patients showed rapid clinical and radiographic responses but relapsed after approximately three months. Biopsies showed persistent MET amplification in both cases, and patient 1 had multiple ALK resistance mutations that were not detected before crizotinib therapy.

Future studies should identify molecular determinants of resistance to combined ALK/MET inhibition, explore whether line of therapy affects response and assess the efficacy of more potent MET TKIs, such as capmatinib and savolitinib.

Learn more about the Hata Lab 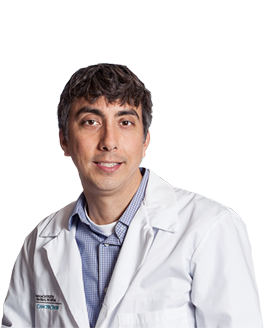 The discovery of a frequent PBRM1 mutation in papillary meningioma suggests a potential new approach to developing therapies for this malignant, aggressive tumor.