Many people are saying...it's time to revive outdated modes of ventilation such as APRV and HFOV for COVID-19 associated ARDS.

A high percentage of critically ill patients with COVID-19 are requiring mechanical ventilation. Mortality for mechanically ventilated patients with COVID-19 varies widely among currently published reports from less than 20% (Grasselli et al. 2020; Goyal et al. 2020) to greater than 80% (Richardson et al. 2020). The poor outcomes in some series have led to speculation that a new approach to mechanical ventilation in these patients is needed. Some are calling for a “paradigm shift” and propose that the critical care community reconsider using HFOV, a non-conventional form of mechanical ventilation. Similarly, some (EMCrit and Farkas 2020) have called for the reconsideration of airway pressure release ventilation (APRV) out of a desire to minimize sedation and paralysis (both of which are associated with increased morbidity and/or mortality in critical illness) (Aragón et al. 2019; National Heart, Lung, and Blood Institute PETAL Clinical Trials Network et al. 2019).

HFOV and APRV are, in at least one respect, perverse choices for alternative approaches to mechanical ventilation in COVID-19. They have in common a relatively high mean airway pressure, which is postulated to increase recruitment and decrease shunt. A key piece of the argument against using standard ARDS approaches in COVID-19 is that patients are not recruitable and their hypoxemia is not primarily due to alveolar collapse and shunt.

ARDS patients, including those with COVID-19, do of course have some areas of impaired ventilation and/or shunt. However, aggressive attempts at alveolar recruitment via the application of increased airway pressures have, in fact, never been shown to decrease mortality in unselected ARDS patients (Brower et al. 2004). In at least one case recruitment maneuvers have been associated with increased mortality (Writing Group for the Alveolar Recruitment for Acute Respiratory Distress Syndrome Trial (ART) Investigators et al. 2017). These issues were reviewed in a prior FLARE (April 2, 2020). Similarly, in contrast to traditional lung protective ventilation, APRV and HFOV have never been associated with a reduced mortality in ARDS. In the case of HFOV, there is one large trial that suggests an increase in mortality (see below).

What Is APRV and How Does it Work?

APRV is a form of pressure targeted, intermittent mandatory ventilation with an inverse I:E ratio. As a pressure targeted mode it can be more comfortable for patients and thus potentially is associated with less sedation. APRV can be thought of as a variation of bi-level positive pressure ventilation in which there is a high pressure (Phigh, analogous to the inspiratory pressure) and a low pressure (Plow, analogous to the expiratory pressure on bi-level). Switches between Phigh and Plow, essentially mandatory breaths, are time-cycled (controlled by Thigh and Tlow, the time spent at high and low pressures, respectively). Spontaneous breaths may occur both during and between mandatory breaths (Daoud, Farag, and Chatburn 2012). Alveolar recruitment, and thus improved oxygenation, is achieved by appropriate choice of Phigh. At the same time, transpulmonary pressure is, in theory, limited.

A concern arises because, as a pressure targeted mode, the tidal volume is not limited. This is because spontaneous effort by the patient (during Tlow, for example) will result in an increase in transpulmonary pressure (Ptp) and increase in delivered flow (Ptp = Pairway opening - Ppleural, so that if the patient decreases pleural pressure, even if the ventilator limits pressure at the airway opening, the transpulmonary pressure will increase). Large tidal volumes, of course, are associated with increased mortality in ARDS (Acute Respiratory Distress Syndrome Network et al. 2000).

Two trials have compared APRV with traditional low tidal volume ventilation. One, in trauma patients, (Maxwell et al. 2010) showed a decrease in ventilator free-days, an increase in ICU length of stay and an increase in incidence of ventilator associated pneumonia in the APRV group. A more recent, single center open label study found an increase in ventilator free days associated with APRV, but no difference in mortality (Zhou et al. 2017). Patients on APRV did receive less sedation and were weaned from the ventilator earlier, but these findings are made difficult to interpret in light of the open-label design. In sum, the only ventilation strategy in ARDS for which there is high grade clinical evidence indicating a decrease in mortality is traditional low tidal volume ventilation.

What is HFOV and How Does it Work?

HFOV is a form of invasive mechanical ventilation that provides high-frequency (3-15Hz), low-amplitude (i.e., 1-3cc/kg, often less than the anatomic dead space) oscillations around a relatively high mean airway pressure. The high mean airway pressure is set to optimize recruitment, while the small amplitude of the oscillations limits tidal recruitment, overdistention and atelectrauma. The mechanisms of gas exchange in HFOV are distinct from those in conventional mechanical ventilation. For example, the cyclic volumes provided by the HFO ventilator are typically less than anatomic dead space. As such, gas exchange does not occur primarily by straightforward convection as in conventional modes (Lunkenheimer et al. 1972; Bohn et al. 1980).

HFOV requires a specialized ventilator built for this purpose. As shown in Figure 2, the oscillator is essentially a piston in a cylinder. Air flow, called “bias flow,” passes between the cylinder and the patient, at a controlled rate (typically 20-60 LPM) and oxygen concentration (FiO2). This flow results in a mean airway pressure (mPaw). The oscillations stir the air in the patient’s lungs around the mPaw. At a typical frequency of 3-5 Hz (3-5 breaths/second), the oscillator delivers 180-300 “breaths” per minute, but can even deliver up to 15 Hz, or 900 “breaths” per minute. In order to provide HFOV, patients are typically heavily sedated and paralyzed (Daoud, Farag, and Chatburn 2012).

A pressure-time plot in Figure 3 demonstrates how fixed regular cycles enable tight control of mPaw in HFOV as compared to volume-controlled ventilation.

So how can tidal volumes smaller than the anatomic dead space effectively remove CO2?

Several proposed mechanisms likely play a role in gas exchange in HFOV. These are visualized and described in Figure 4. Among these, the most important are Taylor dispersion in the central airways, molecular diffusion in the lung periphery and Pendelluft.

Though other mechanisms, as outlined in Figure 4. likely play a role, three primary mechanisms account for the majority of gas exchange during HFOV (Fredberg 1980).

1) Taylor turbulent dispersion - in the presence of turbulent flow, which likely occurs in the lung at the high instantaneous velocities associated with HFOV, diffusion is augmented by the random motion of individual gas molecules caused by turbulent eddies. This augmented diffusion results in enhanced axial transfer of gas (i.e. along the length of the airway).

3) Pendelluft - because different lung units may have different compliances and resistances, they will have different time constants. This will cause an exchange of gas among these units.

Figure 4. Mechanisms of ventilation in HFOV (Slutsky and Drazen, 2002).

What Is the Theory Behind the Idea That HFOV May Be Useful in ARDS?

There was hope that HFOV could be useful in adult ARDS patients similarly to how it is used in respiratory distress syndrome in infants. It was theorized that such a means of ventilation would reduce ventilator associated lung injury (VILI) while still delivering adequate oxygenation to patients.

Major types of VILI include barotrauma, volutrauma, atelectrauma, and biotrauma (Beitler, Malhotra, and Thompson 2016) and are defined in Table 1.

Edematous lung and surfactant dysfunction in ARDS also higher critical opening pressures for diseased lung units may lead to tidal recruitment - repetitive opening and closing of alveoli during the respiratory cycle. This can lead to lung injury and is termed atelectrauma (Taskar et al. 1997; Albert 2012). Since HFOV causes only minimal lung collapse with each expiration, HFOV might, in theory, cause less atelectrauma than conventional ventilation even with carefully titrated PEEP.

Barotrauma is injury caused by high pressure application (alveolar rupture, pneumothorax, air leaks, etc.), often in areas of regional overdistention (Slutsky and Ranieri 2014). As discussed below, HFOV can be run at relatively high mean airway pressures (> 30 cmH2O). The avoidance of barotrauma will depend on careful selection of mPaw.

What Do We Know About HFOV in Adults With ARDS?

A 2010 meta-analysis of 8 trials (pooled n = 419) found a seeming mortality benefit to HFOV over conventional ventilation (RR 0.77, 95% CI 0.61 to 0.98, P=0.03) but acknowledged substantial heterogeneity between the samples studied and an overall small sample size (Sud et al. 2010). And again, the control groups were not using what we now accept as lung protective ventilation.

Putting These Two Studies Together

These two studies effectively deflated hopes of HFOV being superior to conventional ventilation in adults with ARDS. The mortality difference in OSCILLATE is likely multifactorial, though may be related high mPaw and subsequent hemodynamic compromise (hence the need for more vasopressors), increased sedation and NMB in the HFOV arm and effective lung protective ventilation achieved in the control group (particularly given the low mortality rate of 35% in the control group for patients with moderate ARDS). In OSCAR, mPaw was notably lower, and mortality did not significantly differ between groups, but the achieved tidal volumes in the control group were a bit above what we would consider lung protective, and the mean tidal volumes in the low 200s on HFOV likely are well below 6cc/kg. Thus, even though HFOV did deliver significantly lower tidal volumes, and conventional ventilation failed to, HFOV still did not improve mortality by comparison. The increased use of neuromuscular blockade in both studies is to be expected, since patients must be completely passive for HFOV, but this comes at the expense of increased sedation, and potentially increased vasopressor use for sedation-related hypotension. Thus, even if an argument could be made that HFOV were equivalent to conventional ventilation, it may not be worth the added risks of continuous paralysis (or the cost of new ventilators, and training, for the hospital).

Subsequently, a meta-analysis pooling the patients from MOAT, EMOAT, OSCILLATE and OSCAR (n = 1,552) found no differential effect of HFOV based on compliance (p = 0.35), a significantly higher rate of barotrauma (adjusted OR 1.87, 95% CI 1.06 – 3.28, p = 0.03), no improvement in later quartiles on HFOV (a proposed surrogate for increased experience with HFOV as the trials went on), and a signal towards increased mortality when low tidal volumes were achieved in the control group (Meade et al. 2017).

Both HFOV and APRV are non-conventional ventilation strategies which are designed to maximize alveolar recruitment and minimize atelectrauma. However, neither has been shown to improve mortality for patients with ARDS. In fact, HFOV may be harmful, and requires substantial sedation and oftentimes paralysis. Additionally, HFOV also requires specific ventilator equipment, and more importantly, significant training and experience. Furthermore, the use of APRV has not been rigorously studied in ARDS patients, and may allow patients to suffer injurious transpulmonary pressures and large tidal volumes. There is a proven mortality benefit to conventional low-tidal volume ventilation and proning. Therefore, even if there is a theoretical basis of benefit for HFOV of APRV, trialing unconventional ventilation strategies in unselected ARDS patients instead of rigorously evaluated, evidence-based lung protective ventilation is not likely to improve mortality. We therefore do not recommend using HFOV or APRV in adult patients with COVID-19 associated ARDS. 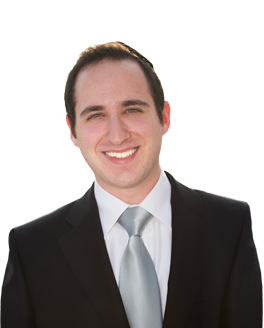 ECMO, used since the 1970s, experienced a resurgence during the 2009 H1N1 pandemic and recently has become an established rescue intervention for ARDS.