What Causes Hypoxemia in ARDS?

ARDS is traditionally characterized by very poor oxygenation, low respiratory system compliance and bilateral imaging abnormalities, all consistent with substantial alveolar flooding and/or collapse, and therefore significant shunt. Early studies that measured the relative contributions of shunt, V/Q mismatch, and diffusion limitation in ARDS did, in fact, suggest that shunt was the primary contributor (Dantzker et al., 1979). However, patients with ARDS fall on a spectrum of severity and degree of physiological abnormalities and, as a result, in many ARDS patients, low V/Q units make a substantial contribution to hypoxemia (Ralph et al., 1985). The relative contributions of low V/Q and shunt units may also vary as a result of therapeutic maneuvers such as the application of positive end-expiratory pressure (PEEP). PEEP has the potential to recruit collapsed alveolar units, thus decreasing shunt, but can also overdistend well-ventilated lung units, thereby decreasing their perfusion and redistributing it to less well-ventilated units. Thus, although PEEP is classically thought to improve oxygenation, it can also worsen hypoxemia (Karbing et al., 2020). It is likely that in most patients with ARDS, both shunt and other low V/Q states contribute to hypoxemia, though in varying degrees.

Thrombosis and the Origins of Low V/Q in ARDS

While ARDS is classically considered a disease of impaired ventilation (due to alveolar consolidation), there is also an established literature on pulmonary vascular pathology, including thrombosis, in severe ARDS (Zapol and Snider, 1977; Greene et al., 1987). These issues were reviewed in a prior FLARE (April 30th). In fact, even frank right heart failure (which may in part be attributable to pulmonary vascular dysfunction) is well-documented in severe ARDS and is not unique to COVID-19 (Creel-Bulos et al. 2020; Mekontso Dessap et al., 2016).

Despite the well-known incidence of thrombosis in ARDS, the observation of pulmonary vascular involvement (Klok et al., 2020) in COVID-19 associated respiratory failure has led to much speculation (Cao and Li, 2020) about unique mechanisms of thrombosis that depend on factors specific to SARS-CoV-2, such as virus binding to endothelial cell ACE2. It has also been suggested (Griffin et al., 2020) that pulmonary vascular thrombosis and hypoxemia are related to endothelialitis - i.e. endothelial cell infection with SARS-CoV-2 - and are thus unique to COVID-19 ARDS.

Although at first pass, pulmonary vascular embolus or thrombus should only create very high V/Q units - those that are ventilated but not perfused (dead space) - it has long been observed that patients with significant pulmonary emboli are hypoxemic. Additionally, the role of in situ thrombosis in the hypoxemia of ARDS was established by Greene and colleagues well before COVID-19, when they demonstrated improved oxygenation in ARDS after administration of thrombolytics (Greene et al., 1987). Hypoxemia due to pulmonary vascular obstruction results from a variation of impaired ventilation-perfusion matching and an increase in the number of low V/Q lung units. Altemeier and colleagues demonstrated this phenomenon by measuring ventilation and perfusion distributions after experimentally induced pulmonary embolism in pigs (Altemeier et al., 1998). With partial obstruction of the pulmonary vascular tree by emboli, blood flow was redistributed to the remaining lung without a corresponding change in the distribution of ventilation, thus increasing perfusion to less well ventilated lung units and creating low V/Q units. Hypoxemia in the setting of thrombosis thus results from the presence of low V/Q units, and thrombosis in ARDS is a well-established phenomenon that is not COVID-19 specific.

What About Those High Shunt Fractions With Little Alveolar Collapse? Isn’t That Strange?

The exact contributions of low V/Q and shunt to the hypoxemia of ARDS can be measured with complicated experimental techniques, such as the multiple inert gas elimination technique (Wagner, 2008), which are not practical for clinical use. Calculations of shunt in the clinical setting are instead typically based on the Berggren equation (Said and Banerjee, 1963), which calculates the total fraction of cardiac output that must have bypassed gas exchange in order to produce a given alveolar-arterial oxygen difference ((A-a)O2). Since perfusion of low V/Q units contributes to the (A-a)O2, the Berggren equation more properly calculates a quantity called venous-admixture, which lumps together contributions from both low V/Q and shunt. The potential impact of low V/Q physiology on this calculated “shunt fraction” is highlighted by the effect of increasing FiO2 (Figure 1). Hypoxemia due to low V/Q is eliminated by a sufficient increase in the FiO2, whereas the hypoxemia due to shunt is not affected by FiO2 since shunt units are by definition not ventilated (Aboab et al., 2006; FLARE May 18). Patients with mild imaging abnormalities and significant calculated shunt fractions may therefore have V/Q mismatch as the dominant source of their hypoxemia, and may have little to no true shunt.

Okay - but if the imaging abnormalities are mild, shouldn’t patients be able to prevent hypoxemia by diverting blood away from that small region of lung? The virus must have prevented that!

Observations such as the example reproduced below (Figure 2) which demonstrate increased blood volume in a “halo” around an area of diseased lung (Lang et al., 2020) have led some to speculate that COVID-19 represents a unique failure of normal lung homeostatic mechanisms.

Since the area of impaired ventilation is apparently small, it is argued that the normal homeostatic mechanisms of the lung that typically preserve V/Q matching should have resulted in a substantial diversion of blood away from the poorly ventilated region, restoring V/Q matching throughout most of the lung and preserving arterial oxygen content. The figure, in fact, shows substantial decrease in blood volume to the most diseased lung but the increased volume in the halo has nonetheless led to speculation that normal homeostasis has been disrupted. Chief among the normal homeostatic mechanisms is hypoxic pulmonary vasoconstriction (HPV).

What is HPV and How Well Does it Work?

It is well documented that alveolar hypoxia leads to increases in pulmonary vascular resistance and increased pulmonary arterial pressure (Swenson, 2013). Termed hypoxic pulmonary vasoconstriction (HPV), this complex response involves an interaction between pulmonary artery smooth muscle cells, erythrocytes, endothelial cells, and the neurohormonal response to hypoxia. Perhaps the best described component of HPV is the response of pulmonary artery smooth muscle cells (Sylvester et al., 2012), in which alveolar hypoxia changes the conductivity of specific cell membrane ion channels. The net result is an increase in intracellular calcium and increased contractility. This response is local - i.e. a decrease in the PAO2 of a lung region will result in vasoconstriction of the pulmonary artery branches in that region, thus redistributing blood away from the (presumably) poorly ventilated alveoli. HPV is not perfect - the existence of clinical hypoxemia is, by definition, evidence that HPV cannot fully prevent hypoxemia. Marshall and colleagues explored the limits of HPV by selectively inducing hypoxemia in lung regions of different sizes in dogs and measuring the extent of blood flow diversion (Marshall et al., 1981). They discovered that blood flow diversion was maximal for a small region of the affected lung (Figure 3).

Even for the smallest area, flow diversion was less than 100%, and with larger and larger regions of affected lung, the percent of blood flow diverted declined to as little as 25%. In addition, the magnitude of the HPV response was also affected by the degree of alveolar hypoxia. As indicated in Figure 3, lower PAO2 resulted in greater diversion of blood flow regardless of the size of the region involved. In addition to dependence on size of area affected and degree of hypoxia, HPV varies in magnitude by up to a factor of 5 between individuals (Swenson, 2013). In fact, the variation in the magnitude of HPV is thought to determine the susceptibility of an individual to high altitude pulmonary edema (a topic definitely not relevant to COVID-19, see April 13 FLARE). Finally, as discussed above, there will be an interaction between HPV and ventilatory strategy since inappropriate use of PEEP can decrease perfusion to well ventilated regions of the lung thereby counteracting the effect of HPV.

For all of these reasons, the degree and effectiveness of HPV in a given patient is unpredictable. In addition to genetically determined inter-individual variations, the degree of lung opacification, the use of supplemental O2 (which may release HPV in regions of the lung with low V/Q), and ventilator parameters (including PEEP) can all affect the efficacy of HPV. Even in the best-case scenario, and in the absence of confounders, HPV is unlikely to divert all blood flow from diseased lung. HPV is instead a known area of physiologic heterogeneity and provides incomplete compensation for alveolar hypoxia. Preservation of perfusion to poorly ventilated lung regions is therefore not unexpected, nor is it unique to COVID-19.

The emergence of SARS-CoV-2 and COVID-19 has led to the release of an extraordinary amount of scientific work in a remarkably short period of time. However, not all of that work is of the same quality. In particular, not all reports of apparent novel mechanisms of hypoxemia in COVID-19 have been placed in the appropriate context of the pre-existing literature on mechanisms of hypoxemia, and do not acknowledge the underlying assumptions and limitations of models we typically apply in clinical settings. Indeed, far less plausible mechanisms than those discussed above have received far too much attention. Among these are the perverse invocation of hemoglobinopathies. This topic was discussed in a prior FLARE (April 10) and is certainly not relevant to the hypoxemia caused by COVID-19.

The published observations on hypoxemia in association with COVID-19 are fully consistent with what is known the general mechanisms of hypoxemia, ARDS, and the limits of hypoxic pulmonary vasoconstriction. There is no need to invoke novel mechanisms. It would, of course, be unlikely that SARS-CoV-2 would produce a mechanism of disease that has never been seen before. Extraordinary claims, in addition to requiring extraordinary evidence, should at minimum be prompted by a novel observation. In the case of hypoxemia and SARS-CoV-2 there is neither an unexplained observation nor evidence of any kind to suggest that the fundamental mechanism of hypoxemia is anything we have not seen before. 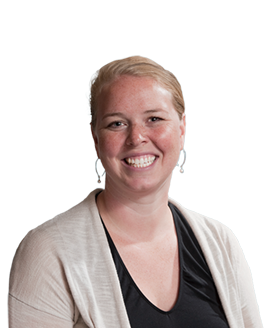 Survivors of Critical Illness in COVID-19

Many people are saying ... we need to understand and address the long-term outcomes of COVID-19 ICU survivors.

What Causes Hypoxemia in COVID-19? (Part I)