The diagnosis of tinnitus currently relies on self-reported measures, and, like pain, it is sometimes fraudulently reported in claims for disability benefits, release from military service or early retirement.

Daniel B. Polley, PhD, who holds the Amelia Peabody chair in Otolaryngology–Head and Neck Surgery at Mass Eye and Ear and directs the Lauer Tinnitus Research Center there, and colleagues have developed a new automated, quantitative system for distinguishing between legitimate cases of tinnitus and fraudulent cases.

The system should also prove useful for assessing the characteristics and severity of tinnitus, as the team says in npj Digital Medicine.

Using tablet computers and calibrated headphones, the participants performed three self-directed psychoacoustic tasks at home. The malingerers were asked to perform all tasks as if they heard a constant phantom sound:

Subjects performed five test sessions over a two-week period, and during each session they performed multiple repetitions of each of the three tasks

Classification Based on Final Value of Slider

Logistic regression models were able to distinguish patients from malingerers based on the final value of each slider. Combining all slider values (one for the VAS task, one for the masking level and four for matching), accuracy was 68% and the area under the receiver operating characteristic curve (AUC) was 0.75.

Classification Based on Interaction With Slider

Slider position over time was analyzed in three different ways to classify tinnitus patients versus malingerers:

Classification Based on Both Approaches

Finally, the team considered together the final values of the sliders and the participants' interaction with the sliders during all three tasks:

Automated analysis of standardized rapid tinnitus tests should be able to inform decisions about accepting or denying claims of tinnitus disability. The new system could also be useful for selecting participants for clinical trials of tinnitus biomarkers or treatments. 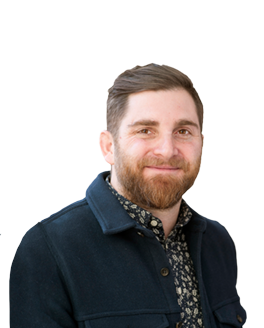 Researchers at Mass Eye and Ear are part of the first team to establish that a small-molecule analog of neurotrophin-3 can promote inner ear neurite outgrowth and synaptogenesis in vitro, findings that have important implications for treatment of sensorineural hearing loss.

Prior Surgery No Barrier to Cochlear Implantation for Ménière's Disease

Steven D. Rauch, MD, and colleagues at Mass Eye and Ear found word recognition scores improve after cochlear implantation for deafness caused by Ménière's disease regardless of age at implantation and whether patients received previous medical or surgical Ménière's treatment.