The vagus nerve, as the main component driving the parasympathetic nervous system, is involved in regulating mood. Implanting electrodes to stimulate the vagus nerve in the neck can be useful in managing treatment-resistant major depressive disorder (MDD), but significant side effects and surgical morbidity are possible.

In the Journal of Psychiatric Research, they describe RAVANS and report promising effects on symptoms of both depression and anxiety in women with MDD.

In taVNS, auricular information flows to the nucleus tractus solitarii (NTS) in the brainstem. The NTS receives an inhibitory drive from the ventral respiratory group medullary neurons during inhalation and a facilitatory input during exhalation.

The Mass General team previously reported in Brain Stimulation that stimulating a specific location in the auricular branch of the vagus nerve during exhalation enhanced NTS modulation. RAVANS is a taVNS technique aimed at using a person's own respiratory activity to improve activation of brain areas that regulate mood.

The participants in this initial study were 20 women who had recurrent MDD and were experiencing an active episode. 85% (n=17) were unmedicated and three had been on stable antidepressant doses for at least eight weeks.

The participants were randomly assigned to receive 30 minutes of exhalatory-gated RAVANS (e-RAVANS) or inhalatory-gated RAVANS (i-RAVANS), then cross over to the opposite condition within one week. Functional MRI was used to evaluate the effects on the brain, and while in the scanner the participants completed three runs of an adapted version of the International Affective Picture System (IAPS), a mild visual stress test.

Just before and after scanning, the participants completed the Beck Depression Inventory-II (BDI-II) and the State-Trait Anxiety Inventory (STAI).

The differences between pre- and post-scan scores were:

The reductions in depressive and anxiety symptoms were at a level suggesting clinical relevance. All participants tolerated auricular electrical stimulation.

These changes in brain activity and connectivity after e-RAVANS were significantly associated with the reductions in depressive and anxiety symptoms.

Previous research into taVNS for MDD involved daily treatment over two to four weeks. This is the first study to show fast-acting effects, emphasizing the potential clinical utility of e-RAVANS for MDD. Currently, the only treatment for MDD that has acute effects is ketamine, a dissociative anesthetic that has hallucinogenic effects.

The team is now studying e-RAVANS comparing men with women with recurrent MDD and e-RAVANS for men and women with hypertension. 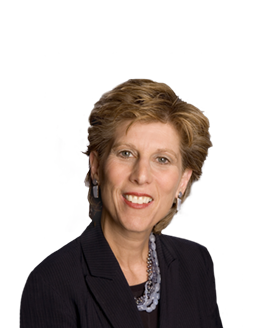 Jill M. Goldstein, PhD, and Jordan W. Smoller, MD, ScD, of the Department of Psychiatry, and colleagues have reported the first modest evidence of sex-dependent autosomal genetic effects across neuropsychiatric and behavioral traits.