Newer research has focused on induced pluripotent stem cells (iPSC) that can be programmed to assume a midbrain dopaminergic state.

Jeffrey S. Schweitzer, MD, PhD, neurosurgeon in the Department of Neurosurgery, Todd Herrington, MD, PhD, director of the Deep Brain Stimulation Program in the Department of Neurology, and Bob S. Carter, MD, PhD, chief of neurosurgery at Massachusetts General Hospital, in collaboration with Kwang-Soo Kim, PhD, of McLean Hospital; and colleagues have become the first to implant patient-derived midbrain dopaminergic progenitor cells, differentiated in vitro from autologous iPSCs, into a patient with Parkinson's disease. Their case report on this personalized therapy appears in The New England Journal of Medicine.

The patient was a 69-year-old man with a 10-year history of progressive idiopathic Parkinson's disease. He reported poor control of his symptoms despite taking carbidopa/levodopa extended-release (23.75 mg/95 mg, three capsules four times daily), rotigotine (4 mg daily) and rasagiline (1 mg daily). Before the patient chose the proposed new procedure he was fully informed of its potential risks and benefits, and other options including deep brain stimulation.

Using skin cells from the patient, the researchers generated multiple iPSC lines that they tested for pluripotent differentiation potential. They selected a single iPSC clone and used it to produce midbrain dopaminergic progenitor cells. These cells were confirmed to have the properties of substantia nigra pars compacta neurons.

Testing in a humanized mouse model indicated a lack of immunogenicity to the cells. The patient underwent an MRI-guided stereotactic surgical procedure to implant the cells into the putamen in the left hemisphere, then a second procedure six months later to implant them on the right. No immunosuppressants, glucocorticoids or anticonvulsants were used at any time.

Positron emission tomography and MRI suggested that the iPSC-derived grafts were delivered to the target sites and survived throughout follow-up (24 months on the left side, 18 months on the right). Improvements in the positron emission tomography signal were most prominent near the graft sites in the posterior putamen, the subregion where dopaminergic neuron integrity is reduced in those with Parkinson's disease.

The patient reported no dyskinesias or other adverse events after the surgeries, and the clinical team observed none. Improvement in motor function and symptoms appeared gradually over the follow-up period, consistent with gradual reinnervation. Results include:

The clinical improvements reported must be regarded with caution until blinded, controlled trials can be performed. However, this report shows a proof of principle that a patient's own cells can be reprogrammed to treat a common neurodegenerative disorder. Future studies must also be designed to assess how this new therapeutic strategy performs in cohorts that are diverse with respect to genetic background and disease presentation. 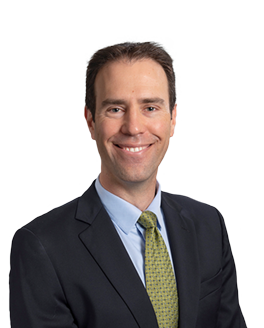 Movement disorders can occur anytime across our lifespan. Tremor is the most common while Parkinson's disease increases as people age. Other movement disorders include tremor, dystonia, myoclonus and ataxia.

Researchers at Massachusetts General Hospital have demonstrated for the first time that stimulation of the caudate improves human learning.