Now, in a separate study, they compare professional baseball players with men in the general population. Marc G. Weisskopf, PhD, ScD, in the Department of Environmental Health at the Harvard T.H. Chan School of Public Health, Ross Zafonte, DO, chair of Physical Medicine and Rehabilitation at Mass General and Spaulding Rehabilitation Hospital, and Sabrina Paganoni, MD, PhD, of Spaulding Rehabilitation Hospital and the Healey Center for ALS, and colleagues found evidence that MLB players have lower mortality rates associated with most diseases, including neurodegenerative diseases as a group, although some cancers are a concern. Their findings appear in a research letter in JAMA Internal Medicine.

Using the National Institute for Occupational Safety and Health Life Table Analysis System, the researchers calculated standardized mortality ratios (SMRs), adjusted for age, calendar year and race/ethnicity, to compare MLB players with other U.S. males. The study period began on January 1, 1979, or at the MLB debut date, whichever was later, and it ended at death or December 31, 2013, whichever was earlier.

Compared with U.S. males, the MLB players had significantly lower mortality rates from all causes (SMR, 0.76; 95% CI, 0.73–0.78). Their mortality rates were also lower for most causes of death. For amyotrophic lateral sclerosis and other neurodegenerative diseases as a group, mortality rates did not differ from the general population.

Mortality by Length of Career

Every five additional seasons of playing were associated with:

Hypotheses About the Findings

The lower mortality rates of players with longer careers might be associated with the fitness required for a sustained career. Mortality rate differences by position may reflect differences in body habitus (e.g., middle infielders being leaner). Genitourinary tract injuries are common in baseball, so the associated elevated mortality among catchers is noteworthy.

The increased mortality rates from certain cancers are also of concern. They may be associated with sun exposure, products consumed or exposure to chemicals, such as those used to treat playing fields. 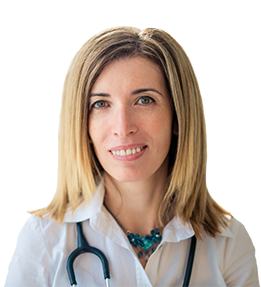