In 2017, the Food and Drug Administration approved Luxturna, the first adeno-associated virus (AAV) gene therapy in the U.S., which treats an inherited retinal disorder. The agency has said it expects to rule in May 2019 on a second AAV gene therapy, Zolgensma, for spinal muscular atrophy (SMA).

AAV gene therapy is the most successful example of in vivo therapeutic gene transfer to date. Gene therapy differs from other medical treatment in addressing the root cause of disease and offering the potential for permanent correction, or at least a long-lived effect. It offers benefits in tissues that are difficult to access, including the brain, spinal cord, retina and cochlea.

In vivo gene transfer to a cell, tissue, cerebrospinal fluid (CSF) or the bloodstream almost always requires a vector system for protection. Naked DNA or RNA is likely to be degraded by enzymes, lose its intrinsic stability, fall prey to innate immune system mechanisms or encounter other hostile elements.

AAV is a gene transfer vector system with strong neuronal tropism. It can be designed to carry DNA encoding a specific therapeutic gene (for gene replacement or augmentation), a small interference RNA (short hairpin RNA, microRNA, for genetic knockdown) or even a DNA-editing enzyme (to directly alter the host genome). AAV has been used safely in more than 200 clinical studies and overall has been well tolerated in thousands of patients.

The route of AAV administration is a major determinant of safety and efficacy, and it influences what diseases can be treated.

Local injection maximizes the concentration of the gene transfer agent near the target cells, preventing wide biodistribution and therefore limiting immunogenicity and toxicity. The eye and ear are well suited to local delivery, which is why numerous clinical programs of AAV gene therapy have focused on retinal disorders.

In the case of lysosomal storage diseases, clinical efficacy is amplified by the capacity of most lysosomal enzymes to be released and captured by surrounding neurons, amplifying the therapeutic impact after local CNS transduction. In the context of Parkinson's disease, a neurodegenerative disease that initially affects defined brain areas, local delivery is the most commonly used approach.

Delivery of AAV to CSF allows for widespread gene transfer throughout the brain and spinal cord, yet limits systemic distribution. However, the tight junctions between ependymal cells restrict the application to certain AAV serotypes that can navigate through the protective cell layer.

In preclinical studies using rodents, intracerebroventricular or intracisternal infusions of AAV corrected symptoms of amyotrophic lateral sclerosis (ALS) and Alzheimer's disease (AD) as well as certain lysosomal storage diseases (LSDs). Intrathecal delivery at the level of the lumbar cord has been used for preclinical evaluation of drugs for ALS and chronic pain, and it would be easily translatable to the clinic considering that this space is routinely accessed via lumbar puncture.

A few AAV serotypes, when injected into muscle in rodents, have been shown to hijack the axonal transport machinery. They travel along the nerve to the spinal cord where they target motor neurons. Intramuscular injection would be well suited to motor neuron diseases such as ALS, SMA or pain.

The primary use of intranasal AAV delivery has been to target the respiratory tract, but it is also being investigated for treating LSDs. There is evidence that therapeutic lysosomal enzymes can move to the brain along the olfactory and trigeminal nerves in nasal passages.

A breakthrough in the field of gene therapy was the characterization of AAV9, which can bypass the blood–brain barrier. Use of an AAV9 vector allows widespread expression of therapeutic genes in the central nervous system after a single intravenous injection.

AAV9 has been researched extensively and has shown positive preclinical results in Huntington's disease, AD, ALS and certain LSDs, with minimal signs of peripheral or central toxicity. The application for approval of Zolgensma for SMA is based on a clinical trial that showed remarkable safety and efficacy. There are a few side-effects related to the injection of high-doses of vector such as immune reaction or hepatotoxicity.

Some other AAV serotypes appear to have transduction abilities similar to those of AAV9, and they are being characterized across various disease models.

The reviewers summarize promising clinical research on AAV gene therapies that target neurological diseases, including Parkinson's disease, AD and SMA. They acknowledge, though, that translating proof-of-concept studies into the clinic remains challenging because:

Even so, given the clinical successes to date, the reviewers believe AAV gene therapy will have a marked impact on patients suffering from disorders of the nervous system.

Learn more about the Mass General Institute of Neurodegenerative Diseases

Learn about the Department of Neurology 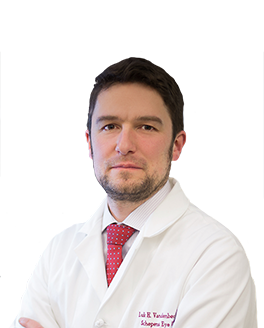 In the first study of olfactory ensheathing cells for cancer treatment, neuro-oncologists demonstrated that the cells can act as a "Trojan horse" to deliver a therapeutic transgene to brain tumors in mice—reducing tumor size and improving survival after just one intranasal administration.

In this video, Dr. Florian Eichler discusses his research focused on rare, single-gene neurological disorders that have a devastating impact on patients’ lives.