While the majority of amyotrophic lateral sclerosis (ALS) cases are considered sporadic, approximately 10% of ALS cases are associated with inherited mutations in genes such as transactive response DNA-binding protein 43 (TDP-43), which is a nuclear protein involved in the processing of over 1,500 RNAs in neurons. Since the discovery that TDP-43 is redistributed from the nucleus to the cytoplasm in most ALS patients and half of frontotemporal dementia (FTD) patients, TDP-43 has drawn interest as a key factor in pathogenesis in these disorders.

Massachusetts General Hospital researchers Fernande Freyermuth, PhD, postdoctoral fellow, and Clotilde Lagier-Tourenne, MD, PhD, assistant professor in neurology, are members of a multicenter team that conducted a study of TDP-43-dependent neurodegeneration. The goal of the study was to determine how TDP-43 reduction or dysfunction affects the expression of its RNA targets. Their findings were published in Nature Neuroscience.

The research team, led by Dr. Don W. Cleveland, PhD at University of California and Dr. Lagier-Tourenne, used two approaches to disrupt TDP-43 function in a human neuronal cell line in order to observe the effect on the expression of its RNA targets.

First, they used a technique called short interfering RNA (siRNA) to reduce TDP-43 RNA levels in the cell line. Then, they looked for those RNAs affected by the reduction in TDP-43. STMN2, which encodes the protein stathmin-2, which is involved in axon maintenance and regeneration after injury, was the most strongly affected gene and showed a reduction in both mRNA and protein levels.

Second, they used CRISPR-Cas9 to engineer an ALS-causing mutation into the cell line. This mutant cell line exhibited altered expression of over 900 genes (including TDP-43 itself) and aberrant splicing of RNAs. Stathmin-2 exhibited a 1.7 fold reduction in expression.

Then the team examined induced neurons (iNeurons), which are neurons generated by induced differentiation of fibroblasts, obtained from eight members of a family with ALS. This family included four patients with ALS who were heterozygous for a particular TDP-43 mutation and four without the mutation. Stathmin-2 was reduced three-fold in the iNeurons carrying the TDP-43 mutant compared to iNeurons derived from the healthy family members. The proportion of TDP-43 mutant observed in iNeuron cytoplasm was greater than the proportion of wildtype TDP-43.

Another experiment showed that when TDP-43 was depleted in the human neuronal cell line, a new exon residing within intron 1 was spliced into the stathmin-2 transcript. This new exon, called exon 2a, became the terminal exon of a truncated stathmin-2 RNA, which normally has five exons. Indeed, splicing of exon 2a into the transcript activated a cryptic polyadenylation site within exon 1 leading to premature polyadenylation. This truncated transcript was the dominant stathmin-2 RNA in these cells while the normal full-length transcript exhibited a six-fold reduction in expression. Most importantly, truncated stathmin-2 RNA and reduced stathmin-2 levels were identified in motor neurons from 13 out of 13 sporadic ALS patients and from four out of four patients with an expansion in the C9ORF72 gene, which is the most frequent genetic cause of ALS and frontotemporal dementia (FTD).

Finally, the team used a microfluidic device to monitor axon regeneration under experimental conditions. They demonstrated that regeneration of axons was suppressed following a 16-day depletion of either TDP-43 or stathmin-2, but that axon regeneration was rescued by the introduction of stathmin-2.

This study established the critical role of TDP-43 in RNA processing within motor neurons and showed that known ALS-associated mutations in TDP-43 dysregulate hundreds of its RNA targets, including stathmin-2. Specifically, TDP-43 depletion in the nucleus leads to aberrant splicing and premature polyadenylation of stathmin-2. Given the role of stathmin-2 in neuronal maintenance and repair, the relationship between TDP-43 and stathmin-2 may represent a key mechanism driving ALS/FTD pathogenesis. This study supports the development of novel therapeutic strategies to restore stathmin-2 level in ALS, FTD and other neurodegenerative diseases affected by TDP-43 proteinopathy.

Learn more about the Healey Center for ALS Research 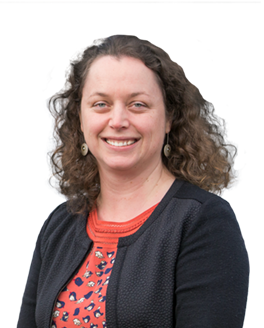 Stratification Based on Predicted Survival Could Improve Randomization of ALS Trials