Accumulation of tau and beta-amyloid, the characteristic brain changes related to Alzheimer’s disease (AD), can now be imaged by positron emission tomography (PET) in living people as opposed to only at autopsy. By examining people who have autosomal dominant familial AD, researchers at Massachusetts General Hospital and elsewhere have determined that tau PET can detect AD-related changes in the brain years before cognitive symptoms begin.

The researchers used brain imaging to detect changes in members of the largest known extended family with early-onset autosomal dominant AD. This kindred, which has about 5,000 members residing in Colombia, includes about 1,800 living members who carry a presenilin 1 mutation. Approximately 30% of carriers currently have symptoms of mild cognitive impairment (median age at onset of 44) or dementia (median age at onset of 49).

24 kindred members, ages 28 to 55 (average age, 38), participated in a new study published in JAMA Neurology by Mass General research team that included Yakeel T. Quiroz, PhD, director of the Familial Dementia Neuroimaging Laboratory, and Keith A. Johnson, MD, associate radiologist and director of Molecular Neuroimaging. 12 participants were carriers of the presenilin 1 mutation (9 cognitively unimpaired, 3 with mild cognitive impairment) and 12 were cognitively unimpaired noncarriers. Although currently free of dementia, the mutation carriers will develop AD in the future with virtual 100% certainty.

On imaging, the researchers detected diffuse deposits of beta-amyloid in unimpaired carriers about 15 years prior to expected onset of mild cognitive impairment. Elevated levels of tau were found in the medial temporal lobe about six years before onset of symptoms. Tau accumulation was observed only in individuals who already had substantial beta-amyloid deposition in cortical regions. In mutation carriers, levels of tau correlated with results on the Mini-Mental State Examination and memory tests.

The authors conclude that their detection of these characteristic brain changes, well before cognitive impairment begins, bolsters the growing evidence that brain imaging may someday be able to identify which asymptomatic individuals with late-onset AD are in pre-clinical stages of AD. Tau PET will be used in a clinical trial that is investigating whether an amyloid-modifying drug, given in the pre-symptomatic stage of autosomal dominant AD, can reduce or even prevent cognitive symptoms.

Learn about the Neurology Department 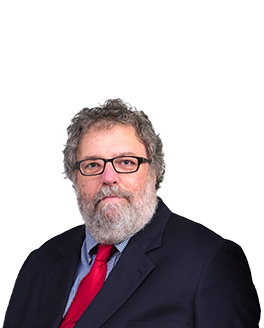 Neurologists at Mass General explore the case of a woman who endured gait disturbance, cognitive impairment and urinary incontinence for 2 years before she was diagnosed with normal-pressure hydrocephalus and successfully treated with surgical shunting.