The most comprehensive study yet of the evolution of resistance to immune checkpoint blockade (ICB) in melanoma has been reported by Genevieve M. Boland, MD, PhD, vice chair of research for the Department of Surgery at Massachusetts General Hospital, section head of the Melanoma and Sarcoma Surgery Programs and surgical director of the Termeer Center for Targeted Therapies at the Mass General Cancer Center, Keith T. Flaherty, MD, director of clinical research at the Mass General Cancer Center, and colleagues.

Over nine years—from diagnosis to rapid autopsy—the team used multiple types of molecular analyses to study 37 biopsies from a patient who had an unusual clinical course. The findings appear in Nature Medicine.

The 67-year-old patient had stage IIB nodular melanoma, originally treated surgically, that did not metastasize until 2.5 years later. At that point, he enrolled in a trial of sequential nivolumab, ipilimumab, and maintenance nivolumab. His disease at first progressed rapidly, but during maintenance nivolumab, he demonstrated an abrupt response.

After two total years of ICB, the patient was considered to have a complete clinical response. The next year, he developed autoimmune nephritis requiring steroid therapy, which was followed by indolent disease progression for two years. Later recurrent metastatic disease was resistant to subsequent therapy, including repeated ICB, and the patient died one year later.

NGFR-High cells seem to help increase circulation to melanoma tumors and regulate immune cell activity, implying they are targets for therapeutic intervention. The researchers are continuing their work to find changes in tumors and their microenvironments during therapy that could identify additional novel targets and inform the design of combination therapies. 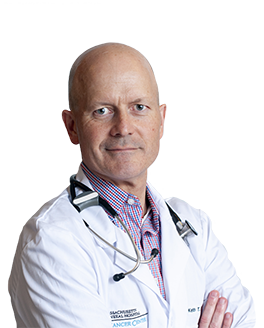 Massachusetts General Hospital researchers have found that patients treated with immune checkpoint inhibitors have higher rates of atherosclerotic cardiovascular events than other cancer patients, but the risk may be modifiable.