Mutations in DNA methylation and chromatin factors can result in neurodevelopmental syndromes, but the affected individuals usually live into adulthood. Whether such mutations can contribute to embryonic or fetal demise has been unclear.

SIRT6, a histone deacetylase, is a chromatin regulator implicated in genomic stability, glucose homeostasis and tumor suppression. In a previous study, published in Nature Cell Biology, researchers at Massachusetts General Hospital Cancer Center and elsewhere found that mouse embryonic stem cells from which SIRT6 had been knocked out failed to differentiate properly due to an inability to repress pluripotent genes.

A new study by Raul Mostoslavsky, MD, PhD, the Laurel Schwartz professor of oncology at the Mass General Cancer Center, and colleagues expands on this work. In Genes & Development, they describe for the first time a human syndrome of perinatal lethality defined by an inactivating mutation in SIRT6.

The researchers studied a consanguineous couple who lost four pregnancies at gestational ages of 17 to 35 weeks. Prenatal ultrasound had revealed a number of abnormalities, including intrauterine growth restriction, microcephaly, craniofacial anomalies and congenital heart defects.

The team, in collaboration with Dr. van Maarle from the Netherlands, detected a homozygous missense mutation in SIRT6 in the fetuses—the amino acid Asp63 was converted to a histidine. This mutation, D63H, is present at very low frequency in the general population in a heterozygous form, but it had never been found in a homozygous state.

In tests of induced pluripotent stem cells derived from the fetuses, the researchers were able to mimic the severe heart and neurological defects. The cells failed to differentiate into embryoid bodies, failed to form functional cardiomyocytes and displayed delayed formation of neural progenitor cells, all due to a failure to repress pluripotent genes.

The D63H loss-of-function mutation in SIRT6 results in a completely penetrant perinatal lethal phenotype, probably due to the inability to repress embryonic genes. SIRT6 appears to be critical to proper cell lineage differentiation and organogenesis throughout fetal development.

Learn about the Mostoslavsky Lab 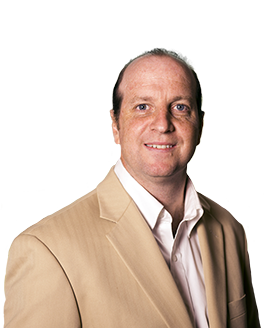 The DNA deaminases contained in CRISPR-Cas cytosine and adenine base editors can induce extensive edits in RNA—and researchers at the Massachusetts General Hospital Cancer Center have engineered improved editors that substantially reduce these unwanted effects.