Over the past decade, observational research from many different countries has assessed the sexual experience of women who are beyond their reproductive years. Cross-sectional investigations have been most common, and several longitudinal studies have provided information about changes in women's sex lives over time.

In an editorial in Menopause, Jan Shifren, MD, director of the Midlife Women's Health Center at Massachusetts General Hospital, describes a study published in Menopause by Helena Harder, PhD, Valerie A. Jenkins, DPhil, and co-researchers at the University of Sussex, that took a novel approach: systematic analysis of postmenopausal women's comments about their engagement in sex and their views on sex and sexual problems.

The analysis was undertaken as part of the United Kingdom Collaborative Trial of Ovarian Cancer Screening (UKCTOCS), a population-based, multicenter study that measured how different forms of ovarian cancer screening affect disease mortality. A secondary objective was to evaluate the effects of ovarian cancer screening on sexual activity, and at baseline, 24,305 women ages 50 to 74 completed the Fallowfield Sexual Activity Questionnaire (FSAQ).

4,418 of the participants added free-text comments on the FSAQ, of whom 22% were sexually active and 65% had a partner. While often included in questionnaires, such free-text comments are rarely analyzed. In contrast, the researcher coded and analyzed these comments to identify three principal themes:

The Importance of Words

Dr. Shifren praises the UKCTOCS team for providing a more nuanced understanding of midlife women's sexual experiences, "beyond percentages and probabilities." Only 6% of the women with partners reported treatment by a health care professional for sexual problems, and she calls for better education of clinicians to improve the sexual health of older women. 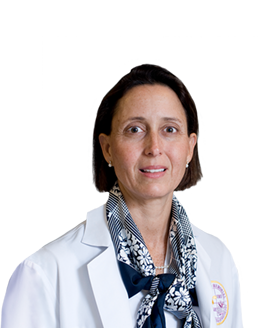 These pioneering studies from Massachusetts General Hospital evaluate the efficacy of two common, low-risk treatments for postmenopausal symptoms against a placebo and assess how much postmenopausal women were bothered by vulvovaginal discomfort symptoms, along with their impact on mood and quality of life.

Vulvovaginal Discomfort Is Common Regardless of Menopausal Status