Opioids are the mainstay of pain management after cesarean delivery. In a recent nationwide survey, 85% of women who underwent cesarean delivery were prescribed opioids on discharge. According to other research, one in 300 women becomes a persistent opioid user during the first 12 months postpartum.

Malavika Prabhu, MD, a former maternal fetal medicine fellow, nurse-midwife Marie Henderson, CNM, MSN, and a multidisciplinary team of colleagues published a pilot study on opioid prescribing after cesarean delivery at Massachusetts General Hospital. Thanks to a shared decision-making approach, the median number of tablets prescribed was cut by 50%, from 40 to 20 tablets of 5 mg oxycodone (or equivalent opioid).

The research team describes how their department integrated this new approach into routine practice in Obstetrics and Gynecology.

In June 2016, when the results of the pilot study were announced to obstetric care providers, they set a goal of decreasing the routine opioid discharge prescription from 40 to 30 tablets. Clinicians could prescribe fewer or more tablets at their discretion.

To achieve this goal, the department created a protocol with several key aspects:

Using the Plan, Decide, Study, Act (PDSA) model, the department implemented this protocol as part of a prospective quality improvement study. The idea was that if the protocol was successful, the department would further reduce the maximum number of opioid tablets prescribed.

The quality improvement study was restricted to women who had an uncomplicated cesarean delivery (postoperative stay <7 days) without major medical complications or readmission within 30 days. Women with current or prior opioid use disorder were excluded. The study covered the period September 5, 2016 to August 14, 2017.

The researchers analyzed 174 deliveries from before protocol implementation and 182 afterward. Before implementation, 97.1% of women were discharged with an opioid. The corresponding figure was 95.1% afterward, not a significant difference.

However, the average number of opioid tablets prescribed decreased significantly, from 33.2 to 26.5 (< .01). Opioid refill rates did not change significantly.

Based on the results of phase 1, the department changed the protocol to recommend a maximum of 25 tablets at discharge. A total of 83 deliveries were analyzed after phase 1 but before the change, and 185 deliveries were analyzed after the change. The average number of opioid tablets prescribed decreased significantly, from 24.9 to 21.5 (< .01), again with no effect on the opioid refill rate.

Overall, the decrease in the average number of opioid tablets prescribed (from 33.2 before phase 1 to 21.5 after phase 2) was statistically significant (< .01). This change represented a 35% reduction.

Across four time points, there was an almost threefold increase in acetaminophen prescribing, which was statistically significant (< .001).

The authors comment that in light of this study, their department has changed its protocol again, to recommend that a maximum of 20 tablets be prescribed at discharge. That decrease, a 50% reduction from the standard before the study, was successfully implemented in 18 months.

In addition, the department is continuing its efforts to optimize the use of multimodal analgesia, both for inpatients and at discharge.

Learn more about the Obstetrics Program 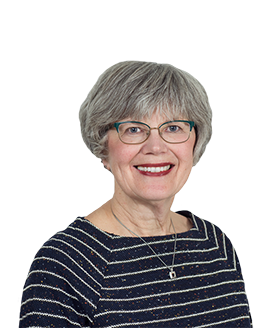