There is no denying the scope and impact of the current opioid epidemic. Massachusetts is at the center of the crisis, with over five opioid-related deaths daily—five times the number of deaths from car crashes. At present, nearly half of all opioid overdose deaths in the United States involve a prescription opioid, and since 1999 these deaths have more than quadrupled.

I know how daunting the problem of opioid abuse can be, but as physicians we must take note as our prescribing habits can directly impact the availability of these substances.

Appropriate Use of Prescription Opioids

Opioid prescribing and use is of particular relevance to obstetrics and gynecology practice. Cesarean delivery (C-section) is the most common inpatient surgical procedure performed in the United States—approximately 1.3 million women undergo this procedure each year—and virtually all are prescribed opioid medications as a result.

As such, we are working in the Department of Obstetrics and Gynecology at Massachusetts General Hospital to combat the opioid epidemic and mitigate its effects. Recent efforts, both within our department and the hospital at large, have focused on preventing opioid use and misuse through a variety of methods:

As with many practices in medicine, opioid prescribing habits vary from physician to physician and practice to practice. This variation too often cannot be explained by either patient or case characteristics, which raises concerns about under- or over-prescribing and implicit bias.

OB/GYN researchers from Mass General recently participated in a national consortium of investigators that identified similar variation in narcotics prescribing across the country following cesarean delivery in an study published in Obstetrics & Gynecology. The data we collected suggest that women are regularly prescribed greater quantities of opioids than needed, with many women using just half of their given prescriptions. In addition, women who are prescribed higher numbers of tablets also tend to consume more opioids. Perhaps most notably, these numbers do not have any correlation with pain severity or satisfaction with pain relief (see Figure 1).

Involving Patients in the Prescribing Practice

Building on these findings, researchers in our department have developed a decision aid that engages patients and guides them through decisions related to their pain management. A recent pilot study of 50 patients, published in Obstetrics & Gynecology, led by former OB/GYN fellow Malavika Prabhu, MD, used this decision aid to help patients decide how many narcotic pills would be prescribed at discharge after their delivery. (This group was compared to a group who received standard care and a prescription for the standard number of pills based on historical averages).

At the end of the decision-making session, patients were asked to reflect on their pain level while in the hospital and decide how many pills they wanted. Patients who used the decision aid chose to receive significantly fewer pills compared to historical averages—approximately 21 pills versus 40 pills—but notably had no difference in satisfaction or pain scores (Figure 2). In addition, a follow-up call two weeks later found that 90% of patients were satisfied or very satisfied with their pain management and only 8% required a refill of their medication.

In response to these promising results, the OB/GYN Department has developed new clinical recommendations for the standard number of pain pills to be prescribed following common OB/GYN procedures. This policy has significantly reduced the number of opioids being prescribed here at Mass General.

Reducing Leftover Opioids in the Home

While adjusting prescribing practices to reduce the number of pills left sitting in medicine cabinets is important, it is all but impossible to completely eliminate leftover pills. Due to that fact, I believe it is essential that we emphasize the need to dispose of leftovers and inform patients about safe disposal practices.

Mass General has developed a “Medication Take-back Card” that we give to every OB/GYN patient with her opioid prescription. This card helps patients anticipate how to get rid of any unused pills after recovery (see Figure 3).

Questions about the continued need for medication and plans for pill disposal are now a standard part of our follow-up care—when patients indicate to us that pain medication is no longer needed, they are asked how they will dispose of the extras. To further encourage disposal efforts, Mass General has placed secure bins for returning medications at our largest clinical sites and efforts are currently underway to make these options more widely available at outlying Mass General practices.

Mass General is also developing an electronic “best practice advisory” for the electronic medical records that will prompt these questions and ensure their application.

Another important part of curbing opioid misuse is finding alternatives for pain relief. Maternal fetal medicine researchers William Barth, MD, vice chair for obstetrics, and Dr. Prabhu have begun a new pilot study to investigate options for opioid-sparing cesarean deliveries. Participating patients are given an injection of a non-narcotic local analgesic into their incisions after delivery. This injection serves as a field block for up to 72 hours, with pain scores collected 24 hours, 48 hours and 72 hours later. Through this work, the research team aims to both minimize opioid use and improve patients’ satisfaction with C-section recovery.

Another pilot study in our department led by nurse investigators Louis Doyle, RNC-OB, HNB-BC, LMT, and Colleen Simonelli, RN, PhD, examined the benefits of massage following C-section. This study demonstrated that patients who received massage therapy during the postoperative period experienced less pain, were more relaxed and used less pain medication during their stay. After the success of the initial phase, the study is now being expanded to a larger cohort.

In all such work it is important that our patients’ pain remains addressed. We must emphasize coping scales rather than pain scales—it is the care team's responsibility to set patient expectations so they understand that the goal is not the total elimination of pain, but management of that pain to permit expected activity and function.

By investigating and optimizing our prescribing practices and pathways and improving patient education at Mass General, we are working to stem the spread of the opioid epidemic.

Learn more about the Obstetrics Program 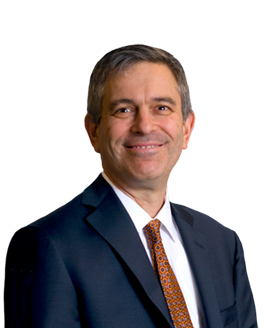 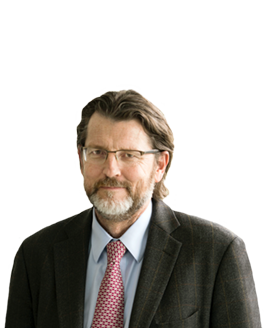