As hospitals seek to improve value and efficiency in patient care, Massachusetts General Hospital has embraced an approach to patient-centric, value-based care that rewards innovation. In response, over the past five years, the hospital has built the largest patient-reported outcome metric (PROM) system of its kind in the world.

This work is led in part by Rachel Sisodia, MD, a gynecologic oncologist in the Division of Gynecologic Oncology at Mass General, who also serves as medical director for the Massachusetts General Physicians Organization and medical director for patient-reported outcomes at Partners Healthcare. The goal of this initiative was, rather than continuing to just measure typical quality metrics valued by payers and hospitals, such as hospital-acquired infections and length of stay, to measure the subjective, emotional measures by which patients actually judge the care they receive—things like quality of life, pain-free function and independence.

"No patient has ever said to me: I'm so glad I didn't have an unplanned 30-day re-admission or get a transfusion of more than four units of blood or have an unplanned admission to ICU," says Dr. Sisodia. "Patients don't care about that. They care if they are cured of their cancer."

PROMs are questionnaires created by scientists trained as experts in accurately testing humans. For any given condition, a sample PROM is formed from coded interviews with hundreds of patients who have the same condition, diagnosis and prognosis to produce aggregated data. Themes emerge and are then reframed as statements or questions that are tested in patient focus groups for scientific and statistical rigor across demographic groups.

Common themes emerge from pooled responses. Women with ovarian cancer, for example, might worry about abdominal pain, sadness, returning to work or maintaining an active sex life. Knee arthroplasty patients might worry about when and how well they might walk, exercise, garden or travel.

Attention is specifically devoted to ensuring that the PROM is appropriate, culturally sensitive, relevant and able to test the patient experience with high validity. Validated questions and statements become available as patient-reported outcome surveys and scales that clinicians can administer through a computer, smartphone or tablet. Data from a patient's responses guides clinical decision-making informed by patient input.

When the PROM is administered to the patient, the patient answers questions about their symptoms, thoughts, feelings and expectations around their condition. Generally, choices range on a Likert Scale of "Never" to "Almost Always," or a similar range of answers. This data immediately joins the clinical data in the electronic health record, where a clinician can see the impact of a medication change, a surgery or any event in care in the patients own voice. This "soft" information greatly expands the clinical utility of the patient record in guiding decision-making and optimizing outcomes. PROMS are routinely administered to a patient throughout their care journey, the data is aggregated and trends are exposed. This is particularly powerful when the responses of many patients with the same condition are aggregated, allowing clinicians to gather insights about the quality of care that would not otherwise be available.

Mass General undertook an ambitious project: that PROMs would be used to care for patients in every specialty in the hospital. The Department of Obstetrics and Gynecology, in particular, the Division of Gynecologic Oncology, were very early adopters of the program. Today, they have the largest clinical PROMS program in gynecologic oncology in the world. This enables them to pull the patient's voice and symptoms into their care decisions, and help improve the quality and length of their patient's lives.

By capturing patients' views and feelings, the Mass General team learned PROMs had a powerful potential to improve care that had been underappreciated, unknown or ignored in daily practice. For example, for patients with ovarian cancer it is commonly accepted based on PROMs from clinical trials that most patients will resume their usual quality of life about six months after the conclusion of treatment. The data from routine collection by the Mass General team in clinic shows that is not the case, and that many women have significant changes after treatment which appear to be chronic and permanent. This is likely a reflection of the difference between collecting PROMs in only trial patients, who are generally young and quite healthy, versus collecting PROMS in typical patients who may be healthy or may have serious other medical problems.

"Understanding that people can be permanently affected by our oncology treatments, and more importantly, showing them that with data from women like them, is a critical factor in appropriate patient counseling," she says.

To begin this fast-track audacious undertaking, hospital leaders called on innovators and thought leaders across specialties to start seed programs and identify new specialties with long-term chronic conditions that could benefit from a new approach to analyzing care and outcomes. The OB/GYN Department, and in particular the Division of Gynecologic Oncology, was one of these early adopters. Early results were so strong that they powered and spread the adoption of PROMs across other areas, like pelvic floor disorders and obstetrics.

One example of the power of PROMs that Dr. Sisodia finds most powerful is a better understanding of the bias and gaps in care based on race. Analysis of questions aimed at assessing the daily struggles of life, such as: "How often do you run out of food?" revealed that poor black patients experienced higher food instability, less reliable support at home if they were bedbound, and greater difficulty obtaining resources to attend a physician visit compared to equally poor patients who were not black.

Furthermore, these biases don't just exist in the community. A related PROMs finding showed that in capturing patient data, white patients were more frequently given iPads to take PROMs questionnaires than black or Latinx patients.

"That reveals a huge care gap because it shows if you are black or Latinx, there are implicit biases that make our clinics less likely to systematically ask what you think about your own body and condition," Dr. Sisodia says.

Another illustrative example is a measure assessing pain level, comparing black female patients being treated for the same knee condition as white males. To be deemed candidates for surgery, data show that black women needed to demonstrate much more pain than did white men.

"The data from PROMs tell the whole story," she says. "It allows us to peek under the hood of care so we can make the changes needed to truly help people and correct bias, lapses and past practices that are in error."

The next phase of the Mass General PROMs program is moving from collecting data, to enacting changes in care delivery and care decisions. One example would be looking at data from women with ovarian cancer throughout their care journey, and creating a curve that shows quality of life at various points. This data could be used in a patient-facing tool, where patient's could see "women like me" who received the same treatment. They could better understand their outcome, and make more informed decisions about the risks and benefits of various treatments. However, there is still much work to be done.

"It's been an amazing trip in five years," says Dr. Sisodia. "We went from a startup to the world's largest PROMs program. But from my perspective, we are just getting started."

Learn more about Quality & Safety in the OB/GYN department 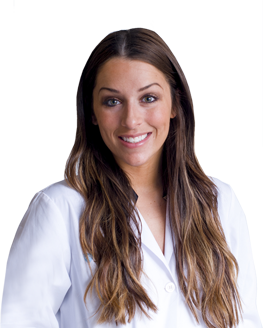