William Butler, MD, neurosurgeon, in the Department of Neurosurgery at Massachusetts General Hospital, Mass General Cancer Center and MassGeneral for Children, discusses Chiari malformation type 1. This condition is a miscoordination between the structure of the skull base, the bottom of the skull and the back of the head. In this video, Dr. Butler explains that when Chiari malformation type 1 impairs a patient's ability to live their lives, they may consider surgery as a treatment option.

Chiari 1 Malformation is fundamentally a miscoordination between the structure of the skull base and the bottom of the skull, back of the head and the contained parenchymal elements in the brain stem and cerebellum. The majority of Chiari type I malformation is incidental and asymptomatic, in which case, it is managed expectantly. In a minority of them, when symptomatic, it can cause a headache with exertion, which is a common denominator symptom. People are counseled as to what the symptoms may be, and so long as they don't have them, they live their lives. When the headache becomes sufficient to degrade one's quality of life, then one needs to distinguish it from other types of headache, and a referral to a neurologist for further investigation and medical trials of antimigraine medications can be appropriate. In those who do not respond to medical therapy, and the daily impact of the headache with exertion is enough to impair their ability to live their lives so that they can't do their life's activities, then those may be candidates for surgical consideration.

This amounts to a decompressive craniectomy at the base of the skull to decompress the cerebellum. It has a good track record of relieving the headache with exertion. The last step in that procedure is the incision of the dura which exposes the cerebellum. We have applied to the hospital and the Human Ethics Committee for research has cleared us to do a study of the electrical properties of the cerebellum when exposed. And we hope that this then helps us advanced our understanding of the cerebellum, what it does and helps give us insight into what is the complex range and richness and variety of symptoms that patients with Chiari malformation may have. Chiari malformation involves neurology, involves psychiatry, involves neurophysiology, involves surgery, involves the operating room. It involves many different areas, and all of which can be brought together to give the best possible care for Chiari patients.

Learn more about the Cerebrovascular Program 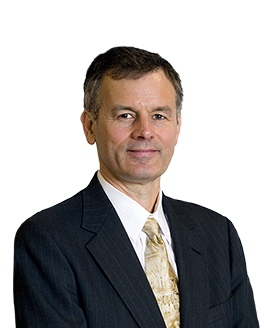 Forming a Collaboration Between Neurosurgeons and Neuroscientists

Mark Richardson, MD, PhD, director of the Functional Neurosurgery Program in the Department of Neurosurgery at Massachusetts General Hospital, talks about his collaboration with MIT. Researchers from both institutions will create an information warehouse to advance data science.