Gene fusions—chromosomal alterations that result in a hybrid of two coding or regulatory sequences between genes—have been detected in 30% to 50% of patients with glioblastoma. In other tumor types, it's recently become clear that certain gene fusions help drive cancer growth and progression.

Expanding on previous research at Massachusetts General Hospital into the possibility of "liquid biopsy" for glioblastoma, published in Neuro-Oncology, Bob S. Carter, MD, PhD, chief of the Department of Neurosurgery at Mass General and neurosurgical oncologist at the Mass General Cancer Center, Leonora Balaj, PhD, investigator in Neurosurgery, Anudeep Yekula, MBBS, a neurosurgery research fellow, and colleagues have become the first to identify gene fusions in biofluid. They report the clinical implications of their work in Cancers.

The study involved nine adults with glioblastoma—three with gene fusions and six without, according to the Mass General Solid Fusion Assay (Mass General assay). RNA was extracted from their tumor tissue and plasma and was sequenced and screened for 232 known fusion-related genes.

In plasma, the researchers studied RNA from extracellular vesicles (EVs). These lipid-protected nanoparticles are released by all cells, including cancer cells, and contain RNA reflecting the cell of origin. Those properties have inspired numerous studies that support the analysis of EVs from biofluids as an attractive noninvasive alternative to tumor tissue biopsy for diagnosis and monitoring of various cancers.

Regarding the three patients who had gene fusions identified in tumor tissue by the Mass General assay:

There was a 100% concordance between the common gene fusions detected by the Mass General assay and RNA sequencing.

This is a proof-of-principle study, but several results already seem exciting. The fusion transcripts FGFR3-TACC3 and VTI1A-TCF7L2 were detected in both tissue and matched plasma, suggesting they might be useful as EV-based biomarkers.

Drugs targeting FGFR kinase activity have shown promise in clinical trials, and an assay is available that identifies all possible FGFR3–TACC3 variants in glioblastoma tissue. Moreover, FGFR3–TACC3 has been detected in other systemic cancers, including bladder, head and neck, lung, nasopharyngeal, esophageal squamous cell and cervical cancer. A liquid biopsy that could detect FGFR3–TACC3 would have far-reaching benefits.

Learn about the Stephen E. and Catherine Pappas Center for Neuro-Oncology 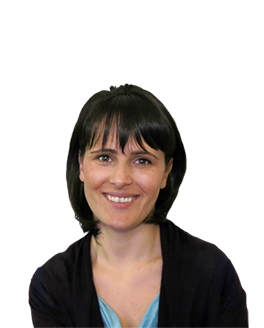 Combined Blockade of ATR and PARP Effective Against Glioblastoma in Mice

The combination of olaparib and an ATR inhibitor was effective against glioblastoma in mice, providing a much-needed therapeutic breakthrough for this deadly disease.