There's increasing evidence that neuroinflammation has a key role in the initiation and progression of amyotrophic lateral sclerosis (ALS). It's mediated at least in part by activated microglia and reactive astrocytes—immune cells in the central nervous system that produce reactive oxygen species, nitric oxide and proinflammatory cytokines that lead to neuronal cell death.

Microglial cells can assume activation states that range from anti-inflammatory to proinflammatory. In previous research, published in Molecular and Cellular Neuroscience, in transgenic SOD1G93A (TgSOD1G93A) mice, an animal model of ALS, activated microglia were detected near motor neurons well before the onset of weakness, and the neuroinflammatory response correlated with disease progression.

Rudolph E. Tanzi, PhD, director of the Genetics and Aging Research Unit at Massachusetts General Hospital and colleagues recently reported in Scientific Reports that by using cromolyn sodium, they were able to induce a neuroprotective anti-inflammatory microglial activation state in a mouse model of Alzheimer's disease. Cromolyn promoted microglial clustering around amyloid-beta plaques, which were subsequently removed through phagocytosis.

Ghazaleh Sadri-Vakili, MS, PhD, director of the NeuroEpigenetics Laboratory at the MassGeneral Institute for Neurodegenerative Disease, Dr. Tanzi, Merit E. Cudkowicz, MD, director of the Sean M. Healey & AMG Center for ALS, and colleagues describe similar findings in an ALS mouse model, reporting that cromolyn appears to provide neuroprotective effects by regulating the immune response in TgSOD1 mice. Cromolyn is already approved by the Food and Drug Administration for the treatment of asthma, allergic rhinitis and other chronic inflammatory diseases.

149 age- and litter-matched TgSOD1G93A mice and wild-type (Wt) mice received injections of either vehicle or cromolyn from post-natal day 60 until euthanasia. Four groups of animals were treated: TgSOD1-Cromolyn, TgSOD1-Vehicle, Wt-Cromolyn and Wt-Vehicle.

Cromolyn treatment delayed disease onset in TgSOD1G93A mice. The onset of motor symptoms was significantly later in the TgSOD1-Cromolyn group than in the TgSOD1-Vehicle group.

Performance on the paw grip endurance task, an assessment of muscle strength, was significantly better in the TgSOD1-Cromolyn group than in the TgSOD1-Vehicle group, as was motor neuron survival in the lumbar spinal cord.

Cromolyn treatment did not influence survival except in female TgSOD1G93A mice.

Mast cells in ALS patients accumulate around the muscle and other regions of neurodegeneration and may accelerate denervation. Intriguingly, the current study suggests that in the tibialis anterior muscle, cromolyn treatment improved the integrity of neuromuscular junction (NMJ), stabilized mast cells and decreased mast cell degranulation.

Cromolyn treatment had no effect on the total number/cell area of microglia or astrocytes in the lumbar spinal cord of TgSOD1G93A mice. In contrast to the researchers' earlier results in the mouse model of Alzheimer's disease, cromolyn did not shift microglia from a proinflammatory to a prophagocytic state.

In a previous study, published in Scientific Reports, inflammatory cytokines in peripheral blood showed promise as diagnostic biomarkers for ALS. The data from this study imply that certain proinflammatory cytokines might also be useful as therapeutic biomarkers, to indicate target engagement during the drug discovery process or in clinical trials of investigational drugs.

The findings also provide a rationale for further investigating cromolyn as a therapeutic approach to dampening inflammation for the treatment of ALS. 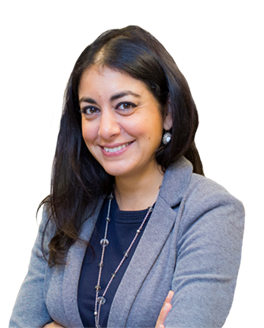 Scientists in the NeuroEpigenetics Laboratory in the MassGeneral Institute for Neurodegenerative Disease are working to hasten the development of needed therapeutic interventions for amyotrophic lateral sclerosis.