Children with mild traumatic brain injury (TBI) who are expected to have few long-term consequences may have symptoms several months to a year after injury. But the prediction of late effects is difficult, since patients who have a rapid return to normal mental status are unlikely to be referred for inpatient rehabilitation and often have little systematic clinical follow-up.

By analyzing data from an ongoing national study, Ann-Christine Duhaime, MD, director of Pediatric Neurosurgery in the Department of Neurosurgery at Massachusetts General Hospital, and colleagues studied the relationship between lesions and environmental factors that predict persistent symptoms, both within the first few weeks of injury and beyond the expected recovery period. Their findings, published in the Journal of Neurotrauma, should help clinicians educate families about expectations, make recommendations about when to return to school and play, and when necessary, make referrals for follow-up care and support services.

The researchers used data on 45 children enrolled in the Transforming Research and Clinical Knowledge in Traumatic Brain Injury (TRACK-TBI) study. The TRACK-TBI investigators are prospectively collecting preinjury, injury-related, biomarker and imaging data for patients presenting to Level 1 trauma centers throughout the U.S.

For purposes of this analysis, the inclusion criteria were:

The research team's intention was to focus the study on pediatric patients who might have an array of imaging findings but were likely to regain normal mental status within the first 24 hours and be discharged to home. Therefore, patients were excluded if they had a major preinjury neurologic or psychiatric diagnosis, a spinal cord injury of grade C or worse, severe extracranial injuries, neurosurgery or intracranial pressure monitoring.

Characteristics of the Cohort

A history of a neurobehavioral condition was the only significant predictor of worse cognitive symptom scores three months postinjury, and it also predicted worse somatic symptom scores.

This study adds to the growing evidence that preinjury factors may play a significant role in the persistence of TBI-related symptoms. When a child or adolescent who has a history of a neurobehavioral condition presents with even noncritical TBI, clinicians should consider close follow-up, regardless of imaging findings.

It's worth noting that the worst GCS in the emergency department did not predict the severity of symptoms at either two weeks or three months. This confirms the recent consensus that GCS has limited sensitivity at differentiating injury severity at the milder end of the injury spectrum.

Learn more about the Pediatric Neurosurgery service at Mass General 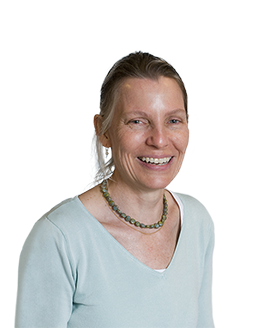 In this video, Eve Valera, PhD, discusses her work to better understand the prevalence of traumatic brain injuries (TBIs) in women who have experienced intimate partner violence and how TBIs impact victims' everyday cognitive and physiological functioning.