Anxious depression is more difficult to treat than general major depressive disorder, and it seems to be particularly prevalent among patients suffering from treatment-resistant depression. Patients with anxious depression have higher rates of suicidal ideation, suicide attempts and treatment side effects.

The Rapidly-Acting Treatments for Treatment-Resistant Depression (RAPID) network, funded by the National Institute of Mental Health, recently conducted a multisite, randomized, double-blind, active placebo-controlled trial of four different dosages of intravenous ketamine in patients with unipolar treatment-resistant depression. When the ketamine groups were combined, the efficacy of ketamine was found to be superior to that of the active control, midazolam.

In light of what they term an "urgent need" for more effective treatments, a research team led by former research fellow Naji Salloum, MD, and George I. Papakostas, MD, director of Treatment-Resistant Depression Studies in the Depression Clinical and Research Program conducted a secondary analysis focused on trial participants who had anxious depression. As they report in Depression & Anxiety, ketamine was similarly effective in anxious and nonanxious patients with treatment-resistant depression.

Design of the Trial and Secondary Analysis

Subjects in the trial were 18 to 70 years old, had a primary psychiatric diagnosis of major depressive disorder and were currently experiencing a major depressive episode. Eligible patients also had to be experiencing treatment-resistant depression, defined as <50% response to at least two, but not more than seven, adequate treatment courses of antidepressants.

In both the trial and the secondary analysis, the primary outcome measure was the score on the six-item Hamilton Depression Rating Scale (HAMD6) on Day 1 post-infusion. Ketamine works far more rapidly than traditional antidepressants; in previous studies, the difference in efficacy between ketamine and midazolam was most demonstrable at Day 1.

Scores on other depression scales were consistent with the HAMD6 data. These included the Clinical Global Impression–Severity scale on Days 1 and 3 and the Montgomery–Åsberg Depression Rating Scale (MADRS) on Day 3. (The MADRS was not administered on Day 1.)

With respect to both the HAMD6 and MADRS on Day 3, the nonanxious group responded significantly better to ketamine 0.1 mg/kg than the anxious group did, compared with midazolam. No similar relationships were found for the other ketamine doses.

The researchers note that these analyses were conducted with small numbers of subjects and without correcting-values for multiple comparisons.

Ketamine is commonly used as a dissociative anesthetic, so the research team used the Clinician-Administered Dissociative States Scale (CADSS) to measure dissociative symptoms experienced by subjects in the ketamine arms of the trial. At 40 minutes after the start of the infusion, the average CADSS score was significantly lower in patients with anxious depression than in those without anxiety (8.26 vs. 14.25).

In this trial, subjects with anxious depression were significantly more likely than others to use benzodiazepines, which may have partially blunted dissociative symptoms, the researchers speculate.

The team warns that their results are exploratory. It will be worthwhile to continue examining whether ketamine is efficacious against anxious treatment-resistant depression, but larger trials that are designed and powered specifically to investigate that question will be required. 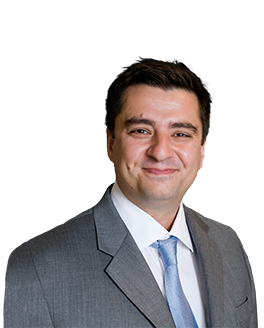 Ketamine has long been used as a general anesthetic, but more recent research has found it to be effective in rapidly relieving depression symptoms when given at low, subanesthetic doses. New research identifies two optimal dosages.

Can Exercise Reduce Symptoms of Depression?