When colorectal cancer metastasis is confined to the liver, hepatic resection offers the best chance for cure. Risk scores have been developed to help predict long-term survival, including several that incorporate the size of the largest colorectal liver metastases (CRLM). According to those scores, CRLMs of 50–80 mm were found to be prognostic discriminators in early reports.

Since the time the scores were created, however, neoadjuvant chemotherapy has been increasingly utilized to shrink CRLM and determine response to treatment prior to surgery. As a result, many patients may have metastases that are smaller than the previously reported cutoffs.

In a more contemporary study conducted in the neoadjuvant setting, Motaz Qadan, MD, PhD, a hepatobiliary and pancreatic surgical oncologist in the Mass General Cancer Center and a surgeon in the Division Gastrointestinal and Oncologic Surgery at Massachusetts General Hospital, and colleagues found that the median size of the largest CRLM noted by pathologists after hepatectomy was 21 mm, and size was associated with cancer-specific survival. Their report appears in the Journal of Surgical Research.

The team reviewed a prospectively maintained database of 214 patients who underwent neoadjuvant chemotherapy and liver resection for CRLM at Mass General between March 2004 and March 2016. Follow-up data on disease-free survival (DFS), which refers to disease recurrence, and disease-specific survival (DSS), which refers specifically to cancer-related mortality, the primary outcomes, were gathered through March 1, 2019.

Correlation Between Metastasis Size and Survival

Median follow-up was 100 months, median DFS was 15 months and median DSS was 93 months.

Applying Findings to the Clinic

The size of the largest CRLM is routinely available on the preoperative radiologic imaging and, more accurately, within final pathologic report. This information may be useful in making prognostication decisions about postoperative care such as adjuvant chemotherapy or targeted treatments. 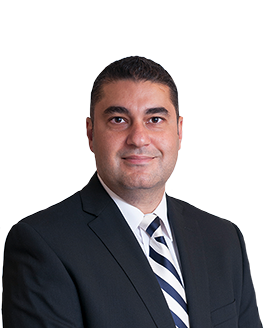 Fatigue in Patients with IBD Linked to Changes in Gut Microbiome

Nienke Z. Borren, MD, Ashwin N. Ananthakrishnan, MBBS, MPH, and colleagues are the first to demonstrate a link between fatigue in inflammatory bowel disease and alterations in serum metabolites and fecal microbes—with implications for other autoimmune disorders.