The global prevalence of irritable bowel syndrome (IBS) has been estimated at 11%, but data vary widely, sometimes even for similar regions or within countries. For example, estimates of the prevalence in Iran range from 1% to 22%. Potential explanations are changes in the definition of IBS, no gold standard for diagnosis, differing data collection methods and studies of different sub-populations within a region.

Google Trends is a web-based tool that aggregates data on the popularity of Google search terms. While it cannot determine the prevalence or incidence of a disease, it has been used to determine patterns of interest in a disease or treatment by region and time period.

Ryan Flanagan, MD, MPH, former clinical fellow in the Department of Medicine at Massachusetts General Hospital (now a GI fellow at Brigham and Women's Hospital), Braden Kuo, MD, MSc, director of the Center for Neurointestinal Health, and Kyle Staller, MD, MPH, director of the Gastrointestinal Motility Laboratory at the Division of Gastroenterology, recently conducted the first study to use Google Trends in gastroenterology. In Digestive Diseases and Sciences, they provide proof of concept that the app is worthwhile for investigating the burden of IBS and presumably other functional gastrointestinal disorders.

The team compiled data on Google searches in 137 countries between January 2014 and January 2018. The countries were selected because they had data available on the gross domestic product (GDP) per capita (a proxy for socioeconomic status, which might affect internet access, education, health literacy and health outcomes) and physician density (which might affect population-level knowledge about IBS, health literacy and engagement with medicine).

The 10 countries in which searches on "irritable bowel syndrome" were most popular spanned various continents and had a wide range of GDP per capita. Two countries tied for first place, the U.K. and Libya. The 10 countries with the lowest popularity of IBS were generally located in Asia and most had GDP per capita <USD $20,000.

Comparison with Other Data

The researchers compared the Google Trends popularity data with a paper published in Clinical Epidemiology in 2014, which aggregated previously reported estimates of IBS prevalence for 36 countries. There was a poor correlation between the datasets, indicating the published prevalence data are not closely linked with the popularity of IBS as a search topic.

Gross domestic product and physician density were not strong predictors of country-level interest in IBS.

In many parts of the world, the ability to perform proper epidemiological studies of IBS is limited by resources and evolving definitions. The popularity of IBS as a search term does not equate to its prevalence, but countries with a greater proportion of searches for IBS probably have a greater proportion of people concerned with or affected by the condition.

Thus, using Google Trends to assess interest in IBS and other functional gastrointestinal disorders allows the study of disease burden around the world, which will facilitate comparisons between regions. 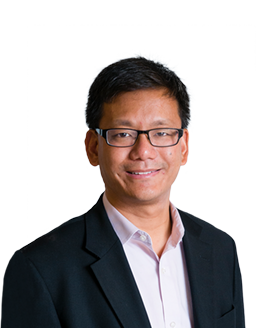 Only 0.9% of patients in recent randomized, controlled trials of medications for inflammatory bowel disease were ≥65 years old, and for trials of biologic agents, the figure was 0.5%, Massachusetts General Hospital researchers determined based on the first systematic review of this issue.

Trisha Pasricha, MD, and Kyle Staller, MD, MPH, of the Division of Gastroenterology, provide practical guidance to geriatricians and other primary care clinicians about managing fecal incontinence in older adults.