The report concerns 141 patients with severe COVID-19 who were admitted to the ICU at Mass General between March 13 and April 12, 2020. All had SARS-CoV-2 infection confirmed by polymerase chain reaction testing. 45% had a gastrointestinal symptom on hospital presentation.

The median Sequential Organ Failure Assessment (SOFA) score on ICU admission was 5 and 91% of patients required mechanical ventilation. 74% developed at least one gastrointestinal complication during their ICU stay.

Hypomotility complications occurred in half of the patients.

Ileus and bowel ischemia: 58 patients (56%) had an ileus diagnosed clinically and/or radiologically. Four patients with severe ileus had findings concerning for bowel ischemia and were taken to the operating room on days 11, 14, 15 or 22 of hospitalization, respectively, for exploratory laparotomy.

Two of these patients were found to have extensive patchy bowel necrosis involving half to two-thirds of the bowel length, despite patent proximal mesenteric vessels on computed tomography, perhaps suggesting microvessel thrombosis. The necrotic bowel appeared bright yellow in contrast to the common finding of purple–black.

Another patient developed hepatic ischemia and necrosis and had similar areas of yellow discoloration on the antimesenteric side of the small bowel, without frank transmural necrosis. The fourth patient had ischemia without frank necrosis of the terminal ileum.

Colonic paralytic ileus: Two additional patients were diagnosed with a colonic paralytic ileus, clinically identical to colonic pseudo-obstruction (Ogilvie's syndrome) on day 6 or 14 of hospitalization. One of these patients underwent exploratory laparotomy that identified patchy areas of necrosis of the entire colon; a total colectomy and an end ileostomy were performed.

Front-line clinicians should be made aware of these potential complications and should keep a high index of suspicion for cases that warrant surgical consultation. 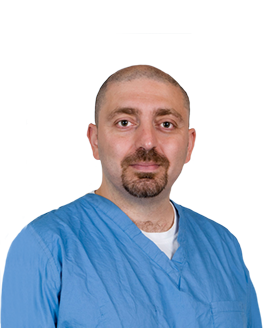 Medical Grand Rounds: How Diagnostic Tests for COVID-19 Got Us into, and Will Lead Us Out of, the Pandemic

On April 30, 2020, the eighth lecture in the Medical Grand Rounds' COVID-19 series focused on the role of diagnostic testing during the COVID-19 pandemic in leading us back to our normal lives.