The chromosome instability (CIN) pathway is observed in 65% to 70% of sporadic colorectal tumors. CIN pathway tumors develop slowly, typically over decades. Its main feature is a high number of somatic copy number alterations caused by aneuploidy, deletions, insertions, amplifications or loss of heterozygosity.

These chromosomal abnormalities are coupled with:

Cells in tumors with the microsatellite instability (MSI) phenotype do not properly detect and repair mismatched DNA, so they maintain and replicate their mutations and acquire additional mutations. This hypermutation phenotype is observed in nearly 15% of sporadic colorectal tumors and nearly all colorectal tumors that develop in patients with Lynch syndrome, the most common hereditary colon cancer syndrome.

APC mutations are found in 35% to 50% of MSI tumors, so the event that initiates adenoma formation might be shared by MSI and CIN tumors. However, a subset of MSI tumors develop because of an initiating BRAF mutation, and such tumors share traits of the MSI and serrated pathways. Because of hypermutation, CRC develops within one to three years in tumors with high levels of MSI.

The determination of MSI status is now routinely recommended as part of staging newly diagnosed CRC. There's growing consensus that adjuvant, single-agent, fluoropyrimidine-based chemotherapy is not effective and might even be harmful to patients with MSI-high CRC. On the other hand, MSI-high tumors are susceptible to treatment with PD-1 checkpoint inhibitors.

The initial event in the serrated pathway is the activating V600E mutation in BRAF. Afterward, serrated tumors develop via two different routes:

The first subset of serrated tumors, those that become MSI-high, progress relatively rapidly from a precancerous lesion to carcinoma. A large proportion of interval CRCs (those that develop within recommended surveillance periods, typically three to five years) probably arise via the serrated pathway.

As published in Nature, through comprehensive molecular analysis, the Cancer Genome Atlas Network was the first to detect frequent mutations in polymerase epsilon (POLE), which helps regulate DNA synthesis, in colorectal tumors. Subsequent research has demonstrated that POLE mutations generate a hypermutated CRC phenotype with a high frequency of single-nucleotide variants in the absence of aneuploidy or MSI. APC mutations appear to be the initiating event in this pathway. Although these tumors do not have MSI, their hypermutated status makes them promising candidates for immunotherapy.

As researchers continue to genotype large panels of colorectal tumors, it can be expected that additional new pathways of CRC carcinogenesis will be recognized. 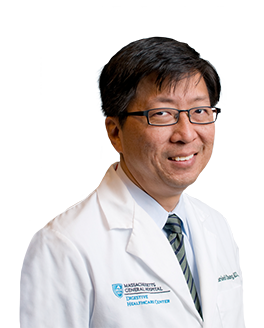 Patients who had colorectal cancer diagnosed through screening or surveillance had a significantly better prognosis than patients who underwent colonoscopy because of symptoms.