In a previous study published in the Journal of the American Heart Association, researchers at Massachusetts General Hospital found evidence suggesting that PH contributes to the pathophysiology of metabolic heart disease. A new study by a team of Mass General trainees including Rachel Frank, MD, a current cardiology fellow, together with Jennifer E. Ho, MD, cardiologist in the Heart Failure and Transplant Program and the Cardiovascular Research Center at Mass General, and colleagues was published in in the Journal of the American Heart Association. This study extended those findings by demonstrating a direct association between body mass index and PH with obesity modifying the effect of PH on mortality.

The researchers examined the records of 8,940 patients at Mass General, ages 18 to 80, who underwent clinically indicated right-sided heart catheterization between 2005 and 2016. Hemodynamic measures obtained at the time of the procedure included mean pulmonary artery (PA) pressure (mPAP) and pulmonary capillary wedge pressure (PCWP).

Over an average follow-up period of 5.5 years, 2,536 patients died. PH doubled the risk of all-cause mortality (P < 0.001) independent of a history of heart failure. The risk was increased regardless of PH subtype (P < 0.001 for all three subtypes).

Among patients with both PH, those with concomitant obesity had a 23% lower risk of death than their nonobese counterparts (P < 0.001). Further analysis showed that the effect was limited to patients with precapillary or postcapillary PH:

Obesity modified the effect of precapillary PH on mortality (P for interaction = 0.02), although not that of postcapillary PH. This study thus supports an association between obesity and PH that is akin to the obesity paradox observed in heart failure.

Journal of the American Heart Association 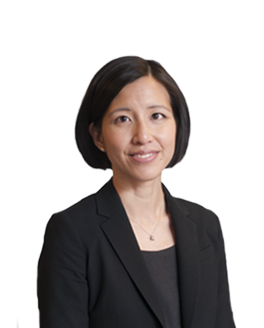 Men and Women with HFpEF Differ in Physiologic Responses to Exercise

In a study that may improve the understanding of pathophysiologic mechanisms, women and men who had heart failure with preserved ejection fraction (HFpEF) differed in cardiac and skeletal muscle responses to exercise. Women with HFpEFexhibited worse systolic reserve, diastolic reserve and peripheral oxygen extraction.

In the U.S.-based CARDIA study, BMI in young adulthood had more precision as a predictor of BMI in midlife than a polygenic risk score.