Multiple studies at Massachusetts General Hospital are taking interventional cardiology to the next level of safety. One line of inquiry has challenged traditional approaches to dual antiplatelet therapy (DAPT) to lower the risk of bleeding events in percutaneous coronary intervention (PCI). Another focus is reducing stroke risk in patients undergoing transcatheter aortic valve replacement (TAVR).

Patients with atherosclerosis who receive PCI, also known as angioplasty with stent, require DAPT to prevent stent thrombosis. Although the procedure is necessary and effective, the medications come with some risks, including increased bleeding risk.

Mass General is one of the most prominent sites in the international XIENCE 90/28 studies, as well as ongoing studies, which have found that it is safe to reduce the duration of DAPT in patients with a high risk of bleeding after PCI.

"It turns out that it is actually quite safe in patients who have high bleeding risk to take them off clopidogrel at 90 days," he says. "Once we saw that, we asked, 'What if we push that window to 30 days?' Now we have data from 30-day studies, and it looks like it is safe."

The findings mean that patients at high risk for bleeding can now be treated with novel polymer-coated, drug-eluting stents and shorter DAPT therapy, keeping them safer and allowing them to undergo other necessary procedures.

"We often have patients who have GI bleeds or need another type of surgery we didn't anticipate when we performed the PCI," Dr. Sakhuja says. "Now we can treat their coronary disease and allow them to get whatever else they need to have treated in a timely fashion. This has truly changed the way in which we treat these patients."

Next, the researchers will perform a meta-analysis of the data from the XIENCE and other studies to understand which subsets of patients may benefit the most from these strategies.

"Right now, there's a broad swath of patients who we would call high-risk. But is renal dysfunction the same as anemia? Is anemia the same as being older than 75? What are the true characteristics, and can we create individualized metrics regarding who would benefit from a shorter duration of therapy and who may benefit from longer therapy?" Dr. Sakhuja says. "Once we understand these personalized risk factors for thrombosis and bleeding, we can adapt the therapy to each patient, rather than just applying approaches broadly to populations."

"In many ways, TAVR is generally safer than surgical aortic valve replacement, especially in the short term, yet there are still risks. The very same risk factors that make aortic stenosis prevalent are the same risk factors that make atherosclerotic disease prevalent, so these patients are prone to stroke," says Dr. Sakhuja. "During TAVR, when you take a large device and pass it through the peripheral arteries and the aorta, you may liberate emboli, or when you put a device in a very calcified aorta and expand it, you can liberate a clot or calcium or other debris that could cause stroke. Fortunately, our rates of stroke are very low, but could they be reduced further?"

TAVR was originally used only in patients with severe cases of stenosis, but it has increasingly been used in patients with less serious conditions, so making the procedure as safe as possible is critical.

To further improve safety and reduce stroke rates in patients undergoing TAVR, Mass General is involved in multiple studies. In patients with atrial fibrillation and related stroke risk, one study combines TAVR with the Watchman device, an implant in the left atrial appendage, which reduces the risk of stroke and precludes the use of anticoagulants long term. Another set of studies combine the commercially available transcatheter heart valves with a device that protects from emboli to the brain during the procedure.

"This is basically a basket that we deploy through the radial artery and then open in the innominate artery and the carotid artery. It captures thrombi and debris and allows for removal at the end of the procedure, protecting the majority of flow to the brain," Dr. Sakhuja says. "While we're performing TAVR, anything that gets liberated or embolized theoretically gets captured by these filters or baskets. At the end of the procedure, you capture the basket and take it out of the body."

So far, the research has shown some benefit, reducing events seen on MRI at 72 hours. But there is debate about whether it's clinically relevant, resulting in lower stroke rates and improved neurocognition, and cost-effective.

To find out, Mass General is starting a much larger phase III randomized study to compare TAVR with embolic protection versus TAVR without embolic protection. Because the risk of stroke is already low, Dr. Sakhuja says, the researchers will need a large patient sample. In addition, he would like to elucidate which subsets of patients stand to benefit the most from embolic protection during TAVR.

Dr. Sakhuja looks forward to continuing collaborations with his incredibly talented partners in interventional cardiology and colleagues in general cardiology, cardiac imaging, echocardiography, cardiac surgery, electrophysiology, nursing and technologists at Mass General and across the world, as well as with industry, to find novel ways to lower risk for patients.

"Our number one priority is always patient safety," he says. "As an interventional cardiologist, we are now able to perform an amazing array of procedures to improve patients' quality of life and longevity. As an academic institution, one of our goals is to contribute to research to improve upon what we do, particularly making these amazing procedures safer for every patient everywhere." 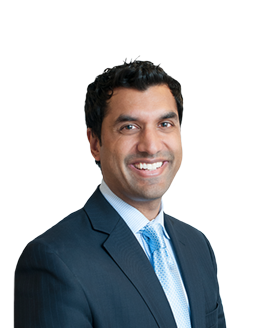