Clinician-researchers in the Heart Valve Program at the Corrigan Minehan Heart Center at Massachusetts General Hospital are continuing their efforts to make transcatheter aortic valve replacement (TAVR) more effective and available to the largest possible number of patients with aortic stenosis.

"Severe, symptomatic aortic stenosis is a life-threatening disease and has a life expectancy measured in single-digit years, just like metastatic cancer," says Nathaniel Langer, MD, MSc, a cardiac surgeon at the Corrigan Minehan Heart Center. "Once you have it, the clock is ticking, and we need to be able to treat it."

The team's latest advances build upon seminal research conducted at Mass General, the PARTNER trial, which originally established TAVR as a safe and effective minimally invasive option for patients with aortic stenosis who could not have surgery.

"Since the initial trial, Mass General has been involved in a series of other studies using a number of different devices that have shown equivalence and sometimes superiority of TAVR compared to surgical aortic valve replacement (AVR)," Dr. Langer says. "Those trials have entirely changed the surgical landscape—and really cardiology and cardiac surgery practices worldwide—in how we take care of patients with aortic stenosis."

Changing the Treatment Paradigm for a Common, Serious Disease

Aortic stenosis is a common condition marked by a narrowing of the aortic valve opening, which restricts blood flow out of the heart. It can result from a congenital heart defect such as a bicuspid aortic valve, or it can develop over time as a person ages and calcium accumulates on the valve. The disease can be latent for a long period of time but is progressive.

For decades, the gold standard treatment for aortic stenosis was open-heart surgical valve replacement. However, some people are not candidates for surgery due to additional health conditions that put them at extreme risk for poor outcomes. Others want to avoid surgery because of general surgical risks and the length of recovery.

TAVR was developed as an alternative to surgical intervention. In a TAVR procedure, a bioprosthetic valve is inserted using a catheter, usually through the femoral artery, and implanted in the native aortic valve. Ten years ago, Mass General researchers and others involved in the pivotal PARTNER trial found that TAVR reduced the rate of death from aortic stenosis in patients who were not candidates for surgical valve replacement.

Since that original trial, the Mass General team has contributed to additional studies of TAVR outcomes in varied cohorts of patients, not just those who with contraindications for surgery. Their findings in PARTNER II, CoreValve Evolut®, TAVR UNLOAD and ACURATE neo™ have expanded TAVR's indications and improved outcomes.

"As TAVR has rolled out into the cardiac surgery world, we and others have continued to conduct a sequence of trials using TAVR in ever-healthier patient populations. Early trials were performed in patients who were too sick to have surgery, then we studied patients at high risk, then moderate, then low," Dr. Langer says. "Over a year ago, TAVR was approved for patients in all risk categories, so it is now available to everyone. That has drastically altered how we think about who should have the procedure."

Now that TAVR is widely available, Mass General is focusing research efforts on evidence to help clinicians make tailored, individualized recommendations. Some of the factors they are considering include:

"We are looking at ways to increase the granularity with which we can look at an individual patient and make a decision that is going to serve them best," Dr. Langer explains. "It would be very easy with TAVR to say that being out of the hospital in two days is better than being in the hospital for a week, but if that means that you need three procedures instead of one, that may not be the best decision. So having a team that really looks holistically at patients and does have the long-term view in mind makes sure that the cumulative benefit is maximized."

Lessons Learned From Thousands of Procedures

"Our program has a huge collective experience," says Dr. Langer. "TAVR is available at more and more places, but the expertise sets us apart. Everyone in the room is subspecialty-trained and a leader in their field. That makes for a team where everyone trusts everyone, and everyone is on equal footing."

Building on their experience with TAVR, Mass General is now exploring ways to use similar minimally invasive approaches in other disease states.

"The aortic valve paradigm has ushered in a rapidly growing era for all transcatheter valve therapies, such as transcatheter mitral valve repair, mitral valve replacement, tricuspid valve problems and heart failure," Dr. Langer says. "We are applying the lessons we have learned to better treat all potential heart diseases without having to do open-heart surgery." 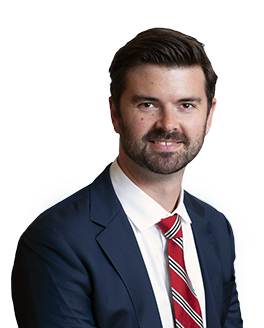