The development of targeted, non-surgical cancer therapies has led some physicians to question cytoreductive nephrectomy—surgery to remove the primary tumor—as the standard of care for metastatic renal cell carcinoma patients. Since the advent of targeted cancer therapies in the mid-2000s, there has been a 50% reduction in the number of cytoreductive nephrectomies (Figure 1).

A review of the National Cancer Database published in the Journal of Clinical Oncology showed that currently only three out of ten patients with metastatic kidney cancer undergo cytoreductive nephrectomy. Improved systemic effectiveness and markedly increased tolerability compared to cytokine therapy has resulted in targeted treatment as before front-line therapy to cloud the role of cytoreductive nephrectomy in patients with metastasis. “The standard of care has shifted away from cytoreductive nephrectomy in the absence of level 1 evidence for its cancer survival benefit in the targeted therapy era,” says Michael Blute, MD, chief of the Department of Urology at Massachusetts General Hospital.

Targeted Therapy Combined with Surgery May Improve Outcomes for Patients

The majority of kidney cancers are caused by mutations in the von Hippel-Lindau tumor suppressor (VHL) gene, which activates proteins that promote angiogenesis and tumor cell growth. Targeted agents including sunitinib, sorafenib, pazopanib, bevacizumab and axitinib are designed to inhibit the angiogenic pathways that are affected by mutations in the VHL genes. These agents, which were FDA approved between 2004 and 2009, revolutionized the treatment of metastatic renal cell cancer.

Advances in the field have led to more recent approvals of additional drugs, including new generation angiogenesis inhibitors such as cabozantinib and lenvatinib, as well as immune-activating treatments such as nivolumab. Research is ongoing with widespread expectation for additional significant advances in the near future.

Although targeted therapies are effective and usually well-tolerated by patients, they are not a cure.

Another concern is that many tumors eventually develop resistance to targeted therapies. Theoretically, surgically removing the primary tumor reduces the tumor burden, diminishes the primary tumor’s suppression of the immune system and can delay disease progression by removing growth promoters and angiogenic factors.

“If you treat with targeted therapy alone and the disease progresses, you may put patients out of the window of opportunity where the surgery has a great impact,” says Dr. Blute. “The major concern is to identify patients who will not benefit from cytoreductive nephrectomy, as up to 17-20% of patients with metastatic disease will rapidly progress. Improved understanding of risk factors, surgical indication and overall health of patients will improve patient selection. Ultimately, molecular signals may help personalize options for these patients.”

Mass General Urology works with a multidisciplinary team of oncologists to determine the best course for the management of each patient’s metastatic renal cell carcinoma.

Regardless of the outcome of those trials, the takeaway for physicians should be that cytoreductive nephrectomy can improve the chances of patients with metastatic disease. “Targeted therapies are not cures,” says Dr. Blute, “and surgery can provide an independent strong survival advantage to these patients.” 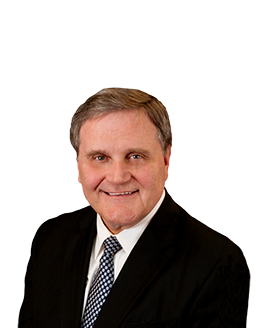