Traditionally, both normal and pathological states of the brain have been described with respect to two elements of consciousness—wakefulness and awareness. The first is assessed as a level of arousal (e.g., eye-opening) and the other by looking for intentional behavioral responses to external stimuli.

In 2006 a case report published in Science sparked a paradigm shift in how disorders of consciousness (DoC) are conceptualized and researched. Through the use of functional MRI, a young woman diagnosed as being in a vegetative state was found to have residual awareness. Signals were detected in her supplementary motor area when she was asked to imagine playing tennis and in brain areas related to navigation when she was asked to imagine walking through her house.

Michael J. Young, MD, MPhil, associate director of the NeuroRecovery Clinic at Massachusetts General Hospital, Brian L. Edlow, MD, associate director of the Center for Neurotechnology and Neurorecovery in the Department of Neurology and a faculty member in the Athinoula A. Martinos Center for Biomedical Imaging, and colleagues published in Brain a detailed history of the neuroethics of DoC.

This partial summary briefly reviews advances in detecting consciousness with greater precision and some of the ethical implications.

By 2015 a meta-analysis of 37 published studies, reported in the Journal of Neurology, Neurosurgery and Psychiatry, showed that 32% of patients with a diagnosis of minimally conscious state and 14% of those with a diagnosis of vegetative state responded to commands on fMRI or EEG.

In many cases, the results of this testing indicate only a binary state of awareness—the upper limit of cognitive assessment consists of asking yes/no questions and can't obtain information about the patient's subjective state. However, the absence of demonstrable brain activity in response to task-based assessments doesn't necessarily mean the relevant cognitive abilities are also absent.

Covert brain activation on EEG has been linked to substantially improved outcomes for patients who are behaviorally unresponsive after acute injury, which suggests the advanced neurotechnologies have potential to aid in prognostication.

The EAN does recommend that when different modalities have discordant results, the patient should be diagnosed with the highest level of consciousness suggested by any of them. This implies that if fMRI or EEG measures have not been obtained, the workup remains incomplete—an ethical concern in itself.

A related challenge is the potential need to ensure post-acute care and rehabilitation systems for patients with DoC over the long term.

To address these and other challenges related to DoC, the authors and colleagues recently launched a study supported by the NIH BRAIN Initiative—DECODE (Data-driven neuroEthics for COnsciousness DEtection)—with the goal of developing a framework for responsible clinical translation of these neurotechnologies. 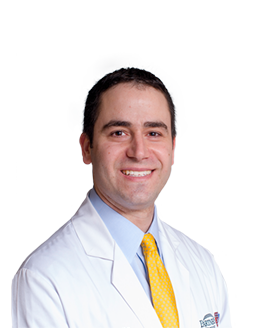 Clinicians should exercise caution before presuming a poor neurologic outcome of COVID-19 based on EEG or structural MRI.