Both medical literature and the lay press have raised various concerns about the risks of gadolinium-based contrast agents (GBCAs). Radiologists should make every effort to minimize the exposure of young patients to GBCAs, since they face the prospect of undergoing serial MRI examinations over their lifetime.

In the American Journal of Roentgenology, Mark A. Anderson, MD, resident physician in the Department of Radiology at Massachusetts General Hospital, Michael Gee, MD, PhD, chief of Pediatric Radiology and associate program director of the Radiology Residency Program, and colleagues review strategies for reducing the use of GBCAs for pediatric abdominal MRI.

Reasons to Reduce GBCA Use

Gadolinium has been detected in tissues, most commonly the brain, of patients with normal renal function who have undergone numerous MRI studies. The clinical significance of this deposition is unknown, as are any long-term consequences of gadolinium deposition in the pediatric population.

Other reasons to reduce GBCA usage in pediatric patients include avoiding the need for venous cannulation, allergic-like and physiologic adverse reactions and safety concerns in patients with impaired renal function.

Ferumoxytol is likely to be as good as GBCAs for most MR angiography and MR venography studies, and it is being investigated for evaluation of lymphadenopathy. It cannot reliably be used for characterization of focal lesions. Ferumoxytol carries a boxed warning about the potential for serious allergic reactions, which have not been well evaluated in children, and this is currently a major limitation on pediatric use.

Manganese-based contrast agents are still preclinical, and no safety data are available in pediatric patients. Like gadolinium, manganese is a paramagnetic contrast agent that leads to T1 shortening. Unlike gadolinium, it is an essential nutritional component and the body has efficient mechanisms to regulate its levels, a theoretical safety advantage.

Nonrelaxation-inducing contrast agents—GBCAs, ferumoxytol and manganese-based contrast agents all generate MRI contrast by inducing tissue relaxation. Agents under development generate contrast through other mechanisms, including chemical exchange saturation transfer and direct probe detection via nonwater protons such as carbon or fluorine. Clinical investigation of these agents is still in early stages.

Two of the best-studied pediatric abdominal MRI protocols that do not require GBCAs are pediatric appendicitis MRI and MR enterography for patients with inflammatory bowel disease, such as Crohn's disease.

Finally, a major way to reduce GBCAs is to eliminate them from serial follow-up examinations of pediatric patients who have established cancer or an infectious or inflammatory condition, where the purpose of the repeat MRI is to assess for change. If lesions are visible on both unenhanced and contrast-enhanced images from initial MRI, assessment for interval change generally does not require a GBCA.

Visit the Department of Radiology at Mass General 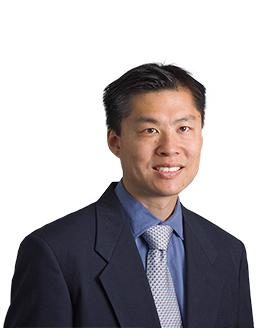 A recent study suggests that multiparametric MRI can help with local staging of prostate cancer, improving treatment and prognosis in cancer patients.