Multiple U.S. studies have shown lower rates of total joint arthroplasty (TJA) among people of color in the U.S. compared with white individuals. This is true despite national initiatives aimed at combatting this inequity.

Patient-related factors such as lower health literacy may contribute to the differences, but unconscious biases held by providers can't be ignored. People of color have disproportionately higher complication rates and mortality after TJA than white patients do, and in today's cost-conscious, value-driven environment for arthroplasty, the prospect of those poorer outcomes may make surgeons less likely to offer TJA to patients of color.

Massachusetts General Hospital researchers speculated that as a result of the delay, people of color are likely to have a higher incidence of preoperative disability, compared with white individuals, if they do eventually have surgery. Evidence in support of that hypothesis is presented in The Journal of Arthroplasty by Christopher M. Melnic, MD, an orthopedic surgeon in the Hip and Knee Replacement Service, Hany S. Bedair, MD, chief of the service, and colleagues.

Patients were included only if they completed patient-reported outcome measures (PROMs) within six months before surgery.

People of color demonstrated a significantly lower preoperative score on every PROM evaluated.

These findings show people of color and people with lower incomes had a greater disability and greater loss of function by the time they were scheduled for primary TJA. Greater awareness by individual surgeons of the potential for these discrepancies is vital to rectifying inequalities in musculoskeletal care.

Learn more about the Hip and Knee Replacement Service

Refer a patient to the Hip and Knee Replacement Service 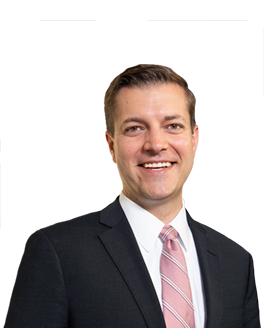 HIV Positive Patients at Higher Risk of VTE After TJA

Jeffrey J. Olson, MD, and Hany S. Bedair, MD, of the Department of Orthopaedic Surgery, and colleagues found that the odds of venous thromboembolism after total hip or knee replacement were 11 times higher in HIV-positive patients than in matched HIV-negative controls.

Researchers from the Center for Hip & Knee Replacement found that higher BMI increases the risk that a patient undergoing total knee arthroplasty will not notice meaningful improvement. The risk is particularly high for high-functioning patients who have relatively low preoperative pain.