Nonunion after skeletal fracture is relatively common and often leads to disability, as well as increased health care utilization and cost. To aid in reducing the risk of nonunion, biomarkers and relevant candidate genes have been proposed as stratification tools. However, no genome-wide study has been reported.

To address this knowledge gap, Roy H. Perlis, MD, MSc, director of the Center for Experimental Drugs and Diagnostics, Kevin A. Raskin, MD, acting chief of the Orthopaedic Oncology Service, and colleagues analyzed a large biobank linked to electronic health records. They report in JBMR Plus the identity of a novel locus associated with fracture nonunion, along with more than a half dozen other regions that warrant further investigation.

The research drew on a joint biobank of Massachusetts General Hospital and Brigham and Women's Hospital, which contains DNA from about the first 15,000 individuals genotyped at those institutions.

The researchers examined data on 1,760 individuals: 131 cases and 1,629 controls. These included adults of Northern European ancestry who had at least one diagnostic code for nonunion (cases) or at least one code for fracture of a limb in the absence of nonunion (controls). The two groups were statistically similar in age and gender. The team examined single-locus associations in each cohort, then combined the results in a meta-analysis.

One locus reached the conventional threshold for genomewide significance, P < 5 × 10−8. That locus was on chromosome 10, spanning about 116 kb and nine genes. The most strongly associated single-nucleotide polymorphism was in calcyon, a transmembrane protein not previously associated with fracture or bone disease.

Other Loci of Interest

Eight additional loci did not reach the conventional threshold but were associated with P < 5 × 10−7. One of these regions spanned the tachykinin receptor-1 gene, also called the neurokinin or substance P receptor.

The researchers note that substance P is well known to play a central role in pain response. Confirmation of its association with nonunion could suggest the importance of pain as a feedback mechanism in fracture healing. For example, individuals with a change in pain sensitivity may engage in behavior that disrupts healing.

When considering candidate genes for nonunion that have been reported by other research groups, the team identified no associations that had a P-value less than 1 × 10−3.

The researchers express their hope that other teams will examine these loci in separate cohorts, particularly those that did not reach the traditional threshold. They also note that genome-wide studies can only identify an association. Establishing the mechanism of action requires follow-up studies using other methods.

About the Department of Orthopaedics at Mass General

Refer a patient to the Department of Orthopaedics at Mass General 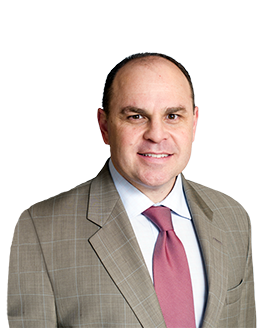 At the American Academy of Orthopaedic Surgeons Annual Meeting 2018, Marilyn M. Heng, MD, described how she is seeking to develop a more objective, rational method of prescribing opioids for orthopedic trauma surgery patients.