Age-related macular degeneration (AMD) is well established to have a genetic component, and genome-wide association studies have linked more than 7,000 single nucleotide polymorphisms (SNPs) to AMD risk. However, such studies cannot determine the biologic consequences of those genetic variants.

Metabolites are downstream of the genetic transcription process, so they are closely related to disease phenotypes. Researchers at Mass Eye and Ear previously observed a distinctive plasma metabolomic profile in patients with AMD compared with controls, and as reported in Ophthalmology, this profile changed with disease severity.

As the next step in this research, Deeba Husain, MD, a clinician-scientist at the Mass Eye and Ear/Massachusetts General Hospital Department of Ophthalmology and associate professor of Ophthalmology at Harvard Medical School, and colleagues analyzed genomic–metabolomic associations in patients with and without AMD. In Ophthalmology Science, they report further evidence that glycerophospholipid metabolism has an important pathogenic role in AMD.

The participants in this cross-sectional study included 388 patients with AMD and 98 control participants, age 50 or older. They were recruited between January 2015 and July 2016 from the University of Coimbra, Portugal (n=293) and Mass Eye and Ear/Mass General (n=193). All provided two blood samples: one for metabolomic profiling by mass spectroscopy, which led to analysis of 544 endogenous metabolites, and one for genotyping, which led to analysis of 4,795 AMD risk SNPs.

Twenty-five of the SNP–metabolite associations were with SNPs in the LIPC gene. All LIPC polymorphisms were significantly associated with levels of phosphatidylethanolamines, which are glycerophospholipids and belong to the same metabolomic pathway influenced by LIPC.

ASPM encodes the abnormal spindle-like microcephaly-associated protein, which modulates early neural development and helps regulate the division and proliferation of adult cells. SNPs in ASPM were linked with a branched-chain essential amino acid that modulates energy metabolism, as well as protein synthesis and degradation.

These observations were reinforced by associations between metabolites and genetic risk scores the researchers generated, which explain a larger fraction of AMD variance than any individual SNP alone. Taken together, the findings suggest that LIPC and the glycerophospholipid metabolites pathway are important in AMD pathogenesis and may point to much needed treatment targets. 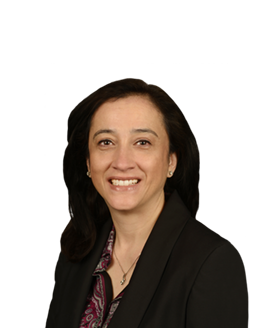 Galit Alter, PhD, is a principal investigator at the Ragon Institute. She discusses her COVID-19 research that has been important for developing the critical insights into the antibody mechanisms that are essential to induce through vaccination to control and clear the infection.

Rachel M. Huckfeldt, MD, PhD, at Mass Eye and Ear/Massachusetts General Hospital Department of Ophthalmology, discusses how she and her colleagues work collaboratively to better understand the genetic basis of inherited retinal diseases and work towards genetic treatments, including gene replacement and genome editing.