A central assumption in cancer genome research is that mutational processes are random. Thus, if the same DNA base pair is mutated recurrently across patients, this "hotspot" mutation must be contributing to tumor development.

Michael S. Lawrence, PhD, and Lee Zou, PhD, of the Massachusetts General Hospital Cancer Center, and colleagues have called this tenet into question. In Science, they report that some recurrent tumor mutations are apt to be unimportant to cancer progression—and others may be novel cancer drivers.

Meeting in the Middle

Most cancer genome analyses examine mutations on a small scale (one to three base pairs) or the megabase level. Little attention has been paid to the mesoscale (~30 base pairs), which includes common features such as DNA "hairpins," also known as stem-loops. Formation of these loops can "flip out" bases, increasing their exposure to endogenous mutation.

The researchers examined the distribution of mutations in more than 9,000 human tumors. They found that APOBEC3A, a cytidine deaminase enzyme, has a substantial preference for attacking DNA hairpins, resulting in recurrent mutations.

After analyzing the preferred substrates of APOBEC3A, the researchers examined whole-exome sequencing data on 2,572 APOBEC+ human tumors. Of the top 100 most frequently mutated sites:

Thus, some recurrent mutations may be "passenger hotspots," contributing no advantage to cancer cells but observed at high frequency because of the ease with which they are generated. On the other hand, some recurrent non-hairpin APOBEC mutations may be novel cancer drivers. The ability to discriminate between passenger and driver hotspots will be essential to developing novel cancer therapies. 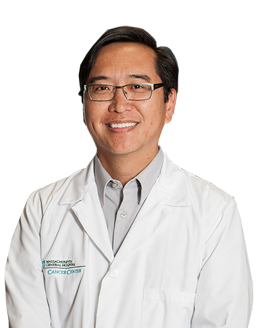