Nitric oxide (NO), typically delivered at 10 to 80 ppm, produces selective pulmonary vasodilation and improves arterial oxygenation. It has demonstrated a relatively safe therapeutic profile when used to treat children and adults with acute respiratory distress syndrome or pulmonary hypertension.

Bijan Safaee Fakhr, MD, research fellow, and Lorenzo Berra, MD, anesthesiologist in the Department of Anesthesia, Critical Care and Pain Medicine and medical director for Respiratory Care at Massachusetts General Hospital, worked with a multidisciplinary team, including William Barth, MD, and Anjali J. Kaimal, MD, MAS, of the Department of Obstetrics and Gynecology, report using high-dose NO to treat six pregnant patients who had severe or critical COVID-19. The treatment produced rapid relief from shortness of breath, and in five patients it was associated with resolution of viral infection within 28 days. Their research was published in Obstetrics & Gynecology.

There were several plausible reasons to try NO gas in this population. It has been shown not to be teratogenic. As noted in the International Journal of Infectious Diseases, it has been demonstrated to have a direct antiviral effect on SARS-CoV-1 (the virus that caused the SARS epidemic of 2002–2003), and more recently in SARS-CoV-2 (published in RedOx Biology), which may prevent viral invasion into the placenta. It is quickly metabolized in the lungs (mostly into nitrate) and does not reduce systemic vascular resistance.

And in the lungs, NO gas could be expected to:

Mass General formed an interdisciplinary team to provide NO to pregnant patients who had severe or critical COVID-19 respiratory symptoms and were rapidly deteriorating. Six such patients were treated between April 1 and June 11, 2020.

The gas was provided to spontaneously breathing, awake patients using a mask connected to a dedicated breathing circuit (described in detail on Nitric Oxide). Each treatment was started within 48 hours of admission and given at 160 to 200 ppm for 30 to 60 minutes, twice daily. The article includes a treatment algorithm and a schematic of the NO delivery system.

During the first 48 hours of hospitalization, all six patients required supplemental oxygen. Four were treated in the ICU for 3 to 17 days and two were intubated for 30 hours and 14 days. There were 39 sessions of high-dose NO treatment (2–18 per patient), with the following results:

All patients tolerated NO well, and no acute adverse effects were recorded. Methemoglobin, which cannot transport oxygen, is formed by oxidation of iron during NO breathing, and the goal was to keep it <5%. Methemoglobin was measured before, during and after each treatment session, and the average peak was 2.5%.

One patient developed acute kidney injury; she had clinical events that may have contributed independently from the NO administration. However, future COVID-19 patients treated with high-dose NO should have kidney function monitored.

By day 28 after initial hospitalization, five of the six patients had tested negative twice for SARS-CoV-2.

Three patients delivered a total of four neonates during hospitalization. At 28-day follow-up, they were home and their newborns were in good condition.

The other patients were discharged home in stable condition and remained pregnant with no complication at follow up visits at the time this article was written.

Refer a patient to the Obstetrics Program 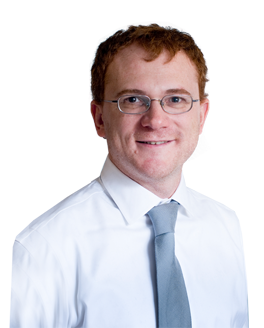 Despite frequent use in patients with acute respiratory distress syndrome, inhaled pulmonary vasodilators have never been shown to improve survival.