Cytoreduction—resection of all visible tumor with curative intent—is associated with improved long-term survival of women with advanced-stage ovarian cancer. It is considered a key component of primary therapy in such cases. However, cytoreductive surgery carries a substantial risk of complications and death.

In a research letter published in JAMA Surgery, gynecologic oncologist Marcela del Carmen, MD, chief medical officer of the Massachusetts General Physicians Organization, and clinician in the Mass General Cancer Center and the Division of Gynecologic Oncology at Massachusetts General Hospital, and colleagues report on a retrospective study suggesting that, among older women, administering chemotherapy before cytoreductive surgery may substantially reduce the risk of postoperative mortality.

The research team reviewed 47,117 women in the National Cancer Database who had stage IIIC or IV epithelial ovarian cancer treated with cytoreduction surgery between 2004 and 2013. Of those, 37,024 (79%) underwent primary cytoreduction and the others underwent interval cytoreductive surgery performed after neoadjuvant chemotherapy.

Patients undergoing primary surgery were younger and were significantly less likely to have comorbidities than those who underwent interval cytoreductive surgery. Even so, 90-day mortality was higher after primary surgery than after interval surgery (7.2% vs. 3.1% of patients).

There were differences in the risk of death as a function of age:

Learn more about the Fellowship Program in Gynecologic Oncology 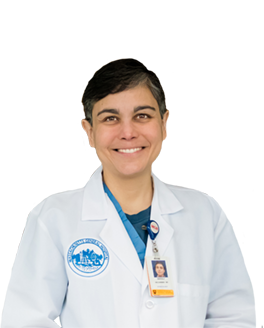 Availability of minimally invasive hysterectomy can reduce complications in endometrial cancer—but experts caution that it's still unclear if robotic surgery deserves any credit.

Researchers have provided in vitro and in vivo evidence that the YAP1 oncogene can induce cervical cancer regardless of HPV infection. Further, the synergism between HPV and YAP1 significantly accelerates the development of cervical cancer and HPV vaccination remains vitally important.