Over the past decade, it has become accepted that persistent infection with the human papillomavirus (HPV) is a necessary but insufficient cause of cervical cancer. Only a very small portion of women infected with HPV develop cancer. Cervical cancer shows very high intratumor heterogeneity and it develops many years after HPV infection.

In previous research, Cheng Wang, PhD, a researcher in the Vincent Center for Reproductive Biology at Massachusetts General Hospital, showed in vitro that the YAP1 oncogene, the major effector of the Hippo signaling pathway, has a central role in controlling the progression of cervical cancer.

In their latest work, Dr. Wang and his collaborators demonstrated that hyperactivation of YAP1 determines individual susceptibility to HPV infection and the initiation and progression of cervical carcinogenesis using a mouse model. Their findings are published in Cell Reports.

Hyperactivation of YAP1 Is Sufficient to Induce Cervical Cancer

The research team generated transgenic mice that express an active form of YAP1 protein, called YAPS127A, in cervical epithelial cells if they are given doxycycline. Absent any HPV infection, most mice that received doxycycline for six to eight months developed invasive cervical squamous cell carcinoma, while control mice did not.

The team found that HPV primarily infects basal epithelial cells when a wound is created in cervical tissue. Using immunohistochemistry analysis, they detected high expression of YAP1 protein in basal cells in both human and mouse cervix.

This coincidence suggested to the researchers that YAP1 in the basal cells might facilitate HPV infection during wound healing. In vitro, they observed hyperactivation of YAP1 both increased the susceptibility of cervical epithelial cells to HPV infection and upregulated HPV receptor molecules that are thought to facilitate entry of HPV into those cells.

It's thought that few women infected with HPV develop cervical cancer because the infection is cleared by the immune system. Though, HPV must sometimes escape immune surveillance.

In addition, expression of YAPS127A in the transgenic mice inhibited the expression and activation of transcription factors that are critical for the production of type I interferons. Those proteins activate intracellular antiviral programs and play a key role in the development of innate and adaptive immune responses.

The researchers are quick to say that the identification of the Hippo/YAP pathway as a major player in cervical carcinogenesis does not reduce the importance of HPV. They proved this in experiments with additional transgenic mouse models that expressed both YAPS127A and an HPV oncoprotein (either HPV-E6 or HPV-E7) in cervical epithelial cells.

Compared with mice that expressed only YAPS127A, the E6-YAPS127A and E7-YAPS127A mice developed invasive cervical cancer more quickly, had much faster cancer progression and were at least twice as likely to die. The researchers conclude that HPV synergizes with hyperactivated YAP1 to drive the initiation and progression of cervical cancer.

The research group expects the current HPV vaccination program to greatly reduce the incidence of cervical cancer in the near future. 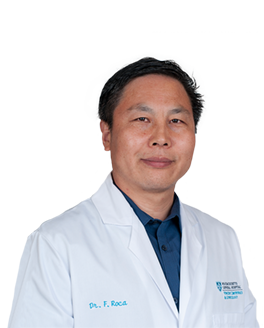 Among women with early-stage cervical cancer who undergo radical hysterectomy, survival after minimally invasive surgery is significantly shorter than after open surgery, according to the largest-ever investigation of this question.

Availability of minimally invasive hysterectomy can reduce complications in endometrial cancer—but experts caution that it's still unclear if robotic surgery deserves any credit.