Only a few studies of the health effects of marijuana have focused on how it influences the reproductive system. What's more, for men this research has focused on subjects with a history of drug abuse, which limits the generalizability of the results.

To address the knowledge gap, a team of researchers from the Environment and Reproductive Health (EARTH) Study, including John Petrozza, MD, director of the Mass General Fertility Center, fertility specialist Jill Attaman, MD, and Russ Hauser, MD, chair of the Department of Environmental Health at Harvard T.H. Chan School of Public Health, studied men undergoing fertility services. To their surprise, they found that marijuana smoking does not impair sperm count, sperm concentration or serum concentrations of reproductive hormones—and might actually improve them.

In Human Reproduction, the researchers report that they analyzed 662 men who contributed 1,143 semen samples and 317 serum samples from couples presenting to the Fertility Center between 2000 and 2017. The average age was 36 years. Most men were white, had a university degree and did not currently smoke tobacco.

55% of the men had smoked marijuana at least once in their lives—44% were past and 11% were current marijuana smokers. The researchers note that these percentages closely match the frequency of marijuana smoking in the general U.S. population.

Results for the Overall Population

Ever-smokers of marijuana had significantly lower serum concentrations of follicle-stimulating hormone (FSH) than never-smokers, again with no significant differences between past and current smokers.

Marijuana smoking status was not associated with any marker of sperm DNA integrity, any other semen parameter or concentrations of any other reproductive hormone.

The research team then restricted their analyses to men who had ever smoked marijuana:

These results are consistent with a direct pro-spermatogenic testicular effect of marijuana smoking and secondary compensation in FSH secretion, the researchers conclude. They consider three possible explanations:

The research team calls for additional research into the effects of marijuana smoking on male fertility.

Refer a patient to the Fertility Center 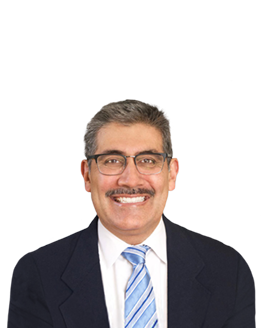 The Müllerian Inhibiting Substance: Changing the Fertility Landscape for Young Women with Cancer

New oncofertility research at Mass General offers a promising new paradigm for a reversible contraceptive that may help protect the ovaries during chemotherapy.

The EARTH Study: Examining the Impact of Environment, Diet and Lifestyle on Human Reproduction

The EARTH Study is the largest of its kind, investigating the impact of more than 50 biomarkers on reproductive health through almost 20 years of continuous NIH funding.