With recent advances in cancer treatments, many people are living longer after cancer, particularly those diagnosed young. While this progress is encouraging, life after a cancer diagnosis brings its own set of medical challenges. For many young women who have gone through cancer treatment, their most significant concern is often the chemotherapy’s impact on their fertility.

Chemotherapy and the Ovaries

Chemotherapy can cause primary ovarian insufficiency (POI), which is characterized by early-onset menopause and loss of ovarian function. While the exact reason for this impact is not fully understood, it is believed that chemotherapy damages the ovaries by direct toxicity to the follicles and indirect depletion of the primordial follicles. Young women facing cancer are counseled to consider fertility preservation measures prior to beginning their chemotherapy treatment.

“There’s a lot of direct damage that occurs to the growing follicles during chemotherapy or radiation,” says David Pepin, PhD, a researcher in the Pediatric Surgical Research Laboratories at Massachusetts General Hospital. “But we think there is also a lot of indirect damage to the ovarian reserve caused by over-recruitment of these dormant follicles as a consequence of the damage to the ovary from loss of feedback.”

In response, Mass General launched the Clinic for Reproductive Health and Cancer in 2013 as a collaboration between the Mass General Fertility Center and Mass General Cancer Center to provide coordinated, multidisciplinary care for younger cancer patients. The clinic is led by Mary E. Sabatini, MD, PhD, who consults with newly diagnosed cancer patients to discuss how their treatment could affect their future fertility and suggest options that might help preserve their ability to conceive after cancer treatment. These options include well-known technologies like egg and embryo banking, along with newer, more experimental options like ovarian tissue preservation and ovarian shielding or transportation. Dr. Sabatini works closely with Cancer Center clinicians to judge the timing and appropriateness of available fertility options in concert with the patient's preferences. The clinic is seeing more patients every year, with many coming to Mass General specifically for this service.

In addition to these currently available options for fertility preservation, Dr. Sabatini is working with a team of research colleagues to investigate novel new treatments that can protect the ovaries from the negative effects of chemotherapy.

This new research into oncofertility has the potential to greatly impact the lives of young women with cancer, particularly those of reproductive age. Dr. Sabatini and colleagues Patricia K. Donahoe, MD, director of the Pediatric Surgical Research Laboratories, and senior investigator Dr. Pepin are making progress on that front along with a team of researchers. Their research into the Müllerian inhibiting substance (MIS), or anti-Müllerian hormone (AMH), offers a promising new paradigm for a reversible contraceptive that may also help protect the ovaries during chemotherapy.

“We’ve known about Müllerian inhibiting substance for many years,” Dr. Donahoe says. “We know what it does in the embryo and we have a good idea what it does in the testis, but we really did not fully understand what it was doing in the ovary, even though we’ve known from earlier studies that it was produced by growing follicles during the entire reproductive reproductive life cycle.”

The Mass General researchers are using recombinant human MIS (rhMIS), delivered via an adeno-associated virus serotype 9 (AAV9) or a recombinant protein, to test whether it would inhibit primordial follicle activation in mice and in doing so, help protect the ovaries.

MIS and the Ovaries

Unlike other hormonal contraceptives, which act on the hypothalamic-pituitary-gonadal axis, this patented MIS protein acts directly on the first step of folliculogenesis, primordial follicle recruitment, and is independent of gonadotropins or steroids. “The mechanisms we have now for contraception are based on estrogen and progesterone compounds, which suppress the pituitary and hypothalamus, but don’t really protect the primordial follicles,” says Dr. Sabatini. “In contrast, MIS acts locally in the ovary to prevent over recruitment of follicles.”

During initial preclinical trials published in the Proceedings of the National Academy of Sciences, the team found that mice treated with MIS exhibited complete contraception during the entire reproductive cycle and resulted in complete arrest in activation of primary follicles during chemotherapy cycles (Figure 1). The ovaries in mice treated with MIS had reductions in size, but after treatment their follicles began growing again rapidly and returned to normal functioning.

“When we looked initially at the treated ovaries, we found that they were extremely small. We realized that we had stopped folliculogenesis completely, which was a much greater than anticipated effect,” says Dr. Pepin.

The researchers tested both AAV9-MIS and rhMIS with three different chemotherapies, carboplatin, doxorubicin and cyclophosphamide, which are all now commonly used to treat breast and gynecologic cancer.

“These three chemotherapies are known to be very damaging to the ovarian reserve and cause a high incidence of primary ovarian insufficiency,” Dr. Pepin says. “We found that we could protect the ovarian reserve for all three to varying degrees” (Figure 2).

These promising initial findings suggest that MIS may one day be of great use to young women with cancer. To that end, the team of researchers at Mass General is hoping to proceed with more advanced clinical trials to further investigate the potential of MIS to impact cancer care.

According to Dr. Sabatini, “This treatment could break a barrier for many cancer patients and their providers because the two to six weeks required to complete IVF is often not possible prior to beginning chemotherapy. If we can develop this system in a way so it is more accessible to the patient, it could have a tremendous impact.”

Learn more about the Clinic for Reproductive Health and Cancer 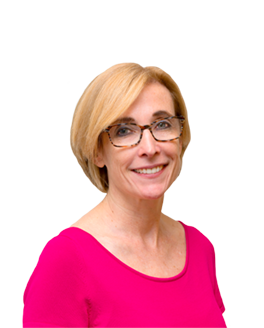 Combination Immunotherapy May Be the Best Treatment for Certain Uterine Cancers

Mass General researchers evaluated patients with six uterine cancer subtypes to identify those with the most potential for immunotherapy treatment.

The EARTH Study: Examining the Impact of Environment, Diet and Lifestyle on Human Reproduction

The EARTH Study is the largest of its kind, investigating the impact of more than 50 biomarkers on reproductive health through almost 20 years of continuous NIH funding.