The disease course of people with bipolar disorder (BPD) is known to be affected by the familial psychiatric load (the number of family members with severe psychiatric disorders). In turn, a high familial burden of psychiatric disorders may be associated with lower socioeconomic status and cardiometabolic risk factors, both of which are also known to negatively affect a patient's prognosis.

Researchers Ole Köhler-Forsberg, MD, PhD, from Aarhus University and Aarhus University Hospital, and Andrew A. Nierenberg, MD, director of the Dauten Family Center for Bipolar Innovation in the Department of Psychiatry at Massachusetts General Hospital, and colleagues recently conducted the first study in patients with bipolar disorder that explored the overall burden and impact of psychiatric disorders among first-degree relatives (parents, siblings and children).

They report in the Journal of Affective Disorders that a familial psychiatric history is very common and correlates with disease severity but not treatment response.

The researchers performed a secondary analysis of two multisite, randomized, six-month comparative effectiveness trials that enrolled outpatients with BPD type I or II who were 18–68 years old:

A greater familial psychiatric burden was correlated with:

Impact on Sociodemographic and Cardiometabolic Status

There were no differences between groups in response to any of the four treatment arms.

Familial psychiatric history places a greater burden on patients with bipolar disorder, but intensive treatment can result in response rates comparable to those of patients without such a history. These findings also emphasize the importance of supporting families who experience a heavy load of psychiatric disorders. 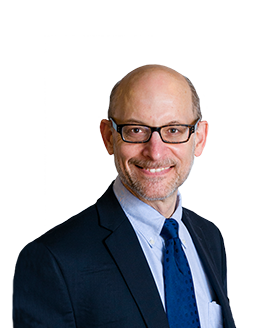 Zeina Chemali, MD, MPH, director of the Neuropsychiatry Clinics and Training in the Departments of Neurology and Psychiatry, outlines the systemic support necessary for health care workers to recover from the COVID-19 pandemic.

Histone Deacetylases Appear to Have Pathophysiologic Role in Bipolar Disorder

Massachusetts General Hospital researchers have reported the first in vivo human evidence of a role for histone deacetylases in the pathophysiology of bipolar disorder as well as in two of its hallmark clinical features, emotional dysregulation and attention deficits.