Optical coherence tomography (OCT) is a noninvasive tool for evaluating the retina and other tissues of the central nervous system. In several studies, OCT has identified abnormalities of the retina in patients with sporadic Alzheimer's disease (AD), but these patients were older and already had clinically evident cognitive decline, which are potential confounders.

Yakeel T. Quiroz, PhD, director of the Familial Dementia Neuroimaging Lab and the Multicultural Alzheimer's Prevention Program at Massachusetts General Hospital, John B. Miller, MD, director of Retinal Imaging at Mass Eye and Ear, and colleagues have conducted the first study of OCT in people with the E280A mutation of the PSEN1 gene, by far the most common cause of familial early-onset AD. In JAMA Ophthalmology, they report it was possible to identify unique, early biomarkers of AD prior to the onset of cognitive symptoms.

The ongoing COLBOS (Colombia–Boston) biomarker study follows individuals from the world's largest known kindred with autosomal dominant AD—approximately 5,800 living relatives in Colombia. In this kindred, the estimated median age is 44 at the onset of mild cognitive impairment and 49 at the onset of dementia.

This cross-sectional analysis, conducted between July 13, 2015, and September 16, 2020, included 10 carriers of the PSEN1 E280A mutation and 10 noncarrier family members. The two groups were matched on age (average 36), sex, education and Mini-Mental State Examination score, and all were cognitively unimpaired.

Each participant underwent a complete ophthalmic evaluation by a retinal specialist and a positron emission tomography scan of the brain.

There were no significant differences between groups in retinal vasculature characteristics.

Sporadic AD, which accounts for more than 95% of AD cases, is similar to familial AD with regard to abnormalities in brain structure and function, and preclinical biomarkers. OCT may someday prove useful as a screening tool that would help with early identification and diagnosis of all patients with AD, as well as selecting participants who may benefit the most from AD clinical trials. 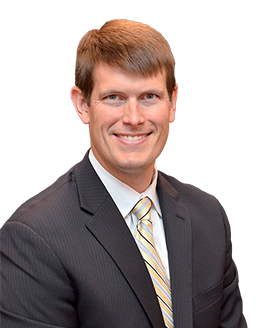 Meaningful progress toward early detection, diagnosis and treatment of Alzheimer's disease must include better understanding of race-based differences in cognitive decline.