Cerebral small vessel disease (CSVD) is a major contributor to vascular cognitive impairment, late-life gait disorders and depression. There are no preventive strategies besides managing hypertension, and no effective treatments are known. In order to develop an effective therapy, it's vital to uncover the mechanisms of the disease.

The most acute manifestations of CSVD are small-vessel ischemic stroke (SVS) and intracerebral hemorrhage (ICH). The heritability of these correlated diseases is substantial—at least 29% for ICH and 16% for SVS—but relatively few genetic variants have been identified for either of them. ICH is particularly difficult to study because it has a relatively low incidence and high mortality, and disease mechanisms differ for lobar versus non-lobar ICH.

Christopher D. Anderson, MD, director of Acute Stroke Services and researcher at the Center for Genomic Medicine, Jonathan Rosand, MD, co-director of Mass General Neuroscience and the Henry and Allison McCance Center for Brain Health at Massachusetts General Hospital, and Jaeyoon Chung, PhD, of Boston University, and colleagues devised a novel approach to studying the genetics of ICH: a combined genome-wide association study (GWAS) of SVS and ICH. In Brain, they describe their methodology and report two novel loci for ICH.

To improve their ability to study ICH, the research team created a larger sample size through cross-phenotype analysis. They estimated the polygenic structure shared by ICH and SVS, then combined and weighted the genetic associations of the variants from the two diseases according to the degree of genetic overlap.

The researchers first performed a GWAS in 1,813 subjects with ICH (755 lobar, 1,005 non-lobar) and 1,711 stroke-free control subjects. For lobar ICH, they observed genome-wide significant associations in the APOE region, which was reported as being associated with ICH.

No genome-wide significant associations were found for non-lobar ICH or all ICH.

Through a novel meta-analysis approach, the team analyzed the ICH results by location with the results of a previously published GWAS of 237,511 individuals with SVS that Dr. Anderson and Dr. Rosand previously co-authored. That led to a sample size of 241,024 individuals: 6,255 with ICH or SVS and 233,058 control subjects.

The discovery of two novel loci, plus confirmation of two previously reported loci, speaks to the credibility of combined GWASs of ICH and SVS. This approach may improve the statistical power to detect additional genetic factors in CSVD and other prevalent diseases of aging that share genetic liability across traits. 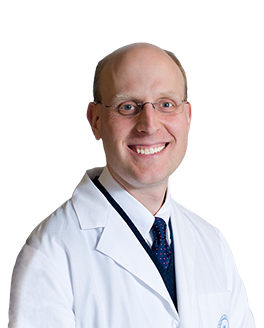 Tertiary referral centers such as Massachusetts General Hospital, which have thorough expertise in microsurgery, embolization and radiosurgery, may achieve better outcomes for patients with unruptured cerebral arteriovenous malformations than those reported in the ARUBA trial.