In Muscle & Nerve, Amanda C. Guidon, MD, director of the Myasthenia Gravis Clinic in the Department of Neurology at Massachusetts General Hospital, and Pria Anand, MD, of Boston University Medical Center (BMC), and colleagues report the clinical course and outcomes of five patients with MG who receive MG care at either Mass General or BMC and were hospitalized for COVID-19.

Four of the patients had acetylcholine receptor antibodies and one had muscle-specific tyrosine kinase antibodies. The latter patient, who previously had well-controlled MG, had a myasthenic exacerbation characterized by worsening dysphagia, neck weakness and diplopia. The exacerbation was treated with intravenous immunoglobulin and an increased dose of steroids.

Three patients required respiratory support. One was put on high-flow oxygen and two were intubated and sedated, limiting the ability to detect worsening myasthenic weakness. However, none of these patients had a definite new or worsening weakness to support a myasthenic exacerbation.

The fifth patient had neither respiratory failure nor worsening myasthenic weakness.

The International Myasthenia Gravis/COVID-19 Working Group and the Myasthenia Gravis Rare Disease Network have developed an open registry to track outcomes of COVID-19 of any severity in patients with MG.

Learn more about the Neuromuscular Division at Mass General 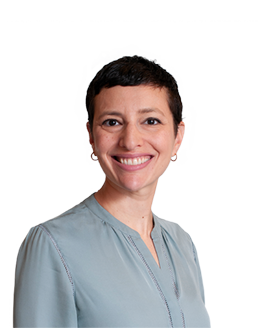 Stroke-Risk, COVID-19 and When to Seek Emergency Care

Patients are opting not to seek medical care due to fears of COVID-19. Massachusetts General Hospital has prepared for this pandemic and taken every precaution to accept stroke patients in the emergency department. Researchers are identifying the links between infection and stroke risk.