Multiple investigational drugs are in the pipeline for amyotrophic lateral sclerosis (ALS). To speed drug development along, newer phase II study designs are being used to determine which compounds should advance to later-stage trials.

One such design is a selection trial, a randomized trial in which multiple experimental treatments are compared simultaneously. At the end of follow-up, the therapies are ranked according to numerical superiority on the primary outcome, regardless of the statistical or clinical significance of any difference between them. This study design allows for a smaller sample and quicker progression to a definitive trial.

Based on the results of a selection trial, Suma Babu, MBBS, MPH, neurologist and neuromuscular specialist in the Department of Neurology, Nazem Atassi, MD, associate director of the Neurological Clinical Research Institute, and Merit E. Cudkowicz, MD, MSc, chief of Neurology and director of the Sean M. Healey & AMG Center for ALS at Massachusetts General Hospital, and colleagues have identified high-dose tamoxifen as a suitable candidate for an efficacy trial versus placebo. They published their results in Amyotrophic Lateral Sclerosis and Frontotemporal Degeneration.

The researchers conducted a randomized, double-blind, double-dummy selection trial at nine centers in the U.S. Eligibility criteria included having an ALS diagnosis no more than 36 months before enrollment and slow vital capacity (SVC) ≥50% predicted. All participants were either not taking riluzole or were on a stable dose.

Compared with T80 and T40, CRE was associated with a significantly higher rate of adverse events that were possibly related to study drug (P = 0.02).

The primary endpoint was an average decline in score on the ALS Functional Rating Scale–Revised. After adjustment for baseline SVC for the site of onset and diagnostic delay, the T80 group did best (−0.80 points per month vs. −0.84 for T40 and −0.85 for CRE).

Rates of decline in muscle strength, assessed with hand-held dynamometry and the Accurate Test of Limb Isometric Strength, were also slowest for T80. Therefore, T80 was declared the "winner" of the trial.

Mass General is working with the Northeast ALS Consortium to develop a platform trial for ALS, another newer type of clinical study. Like a selection trial, a platform trial tests multiple drugs, but all drugs are compared against a common placebo and the efficacy of each is judged separately.

Also, drugs can be added or dropped in perpetuity, and minor design modifications are allowed, providing flexibility such as the ability to test for treatment-specific biomarkers. Thus, a platform trial can be adapted over time to the availability of new treatments and new standards of care.

Learn about the ALS Multidisciplinary Clinic at Mass General 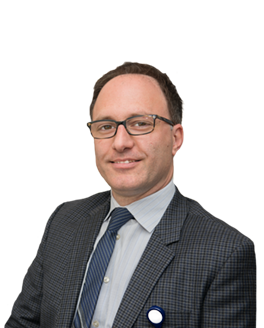 Scientists in the NeuroEpigenetics Laboratory in the MassGeneral Institute for Neurodegenerative Disease are working to hasten the development of needed therapeutic interventions for amyotrophic lateral sclerosis.

Lunasin Does Not Slow ALS Progression

In a pilot study, lunasin did not affect progression of amyotrophic lateral sclerosis (ALS), but the innovative trial design resulted in the fastest enrollment rate in ALS history, with excellent retention and adherence.