In the most recent revision of the Diagnostic and Statistical Manual of Mental Disorders (DSV-5), the term postpartum depression was changed to peripartum depression (PPD), recognizing that maternal depression may begin during pregnancy. An estimated 10% to 15% of women are affected by PPD each year, and rates of PPD are probably underreported.

Researcher Sharon Dekel, PhD, whose lab in the Department of Psychiatry at Massachusetts General Hospital focuses on women's mental health following childbirth, recently conducted the first study to capture the course of PPD from early pregnancy to the early postpartum period. Dr. Dekel and colleagues report in the Journal of Psychiatric Research that PPD symptom fluctuations and delayed-onset PPD are common.

The researchers analyzed 824 women who were part of the Kuopio Birth Cohort study of all pregnant women who are expected to give birth in Kuopio University Hospital in Finland. Their average age was 30, close to half (47%) were primiparas and most (94%) delivered at term. 87% had vaginal deliveries. 8% of the women reported a personal history of a mental health disorder.

The EPDS has a total possible score of 0 to 30. Women with probable PPD, defined in this study as EPDS >9, were referred to a maternity clinic physician, then to a psychiatric outpatient clinic if needed.

Prevalence and Trajectories of PPD

The prevalence of PPD was:

Symptom fluctuation was common: in more than two-thirds of women, PPD resolved between the first and third trimesters, and about half of women who had PPD in the third trimester no longer reported symptoms eight weeks postpartum.

Predictors of the Trajectories

The researchers found differences between PPD trajectories in terms of maternal health and childbirth-related factors:

The Need for Repeated Assessment

The researchers conclude that drastic fluctuations in PPD symptom levels can occur over time. They call for attention to mental health during routine obstetrics care, including repeated assessment of a woman's depression level throughout pregnancy. If PPD is detected, symptom changes should be closely monitored, which will benefit both the woman and child.

Learn more about the Dekel Lab 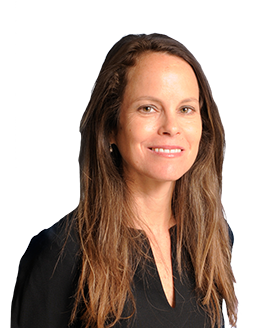 Depression during pregnancy is highly likely to recur after delivery, Mass General researchers have determined. The finding implies that maternal depression is a major confounder when assessing the influence of prenatal antidepressant exposure on child neurodevelopment.