Neurologists at Massachusetts General Hospital are changing the future of stroke recovery by thinking deeply about how to measure outcomes, designing ways to predict recovery and developing novel technologies for neurorehabilitation.

"Over the past 20 years, our field has gotten so much better at acute stroke treatment and life-saving medical therapies, but the reality is that only one in 20 patients present in time for acute stroke therapy, so many patients are still severely disabled by a stroke," says David Lin, MD, director of the Mass General NeuroRecovery Clinic in the Department of Neurology. "For that reason, and because of an aging population, stroke is shifting toward a chronic medical condition. It's more important than ever to focus on stroke recovery to improve function for survivors, both people who receive acute treatments and those who do not."

Dr. Lin and his colleagues are continuing to revolutionize the field of stroke recovery and research with a study published in Neurology. They found that the cognitive load of a task can significantly affect a stroke survivor's motor performance. Cognition is thus an important factor to consider when attempting to address motor neurorehabilitation.

The newly published article is the latest in a series of important findings from Mass General's Stroke Motor reHabilitation and Recovery sTudy (SMaHRT), which began in June 2017 as a way to address gaps in stroke care.

"All over the country, our systems for caring for patients in the recovery phase after stroke are fragmented. From the acute stroke hospitalization, patients are discharged to various locations: rehab, skilled nursing facilities, long-term care facilities or home. During that process, there has not traditionally been a quarterback in the care of these patients, such as a specific field that has really taken charge of their clinical care as they transition from setting to setting," Dr. Lin says. "As a result, it's very difficult to both provide longitudinal care and to understand issues pertinent to recovery. We don't have a good sense of the natural history of recovery after stroke. Clinician-scientists don't have a good sense of who's going to recover well and get back to normal life and who's going to have very limited recovery."

In response, a group of interdisciplinary colleagues from the Department Neurology, the Department of Physical Therapy and the Department of Occupational Therapy developed SMaHRT, a study infrastructure that allows clinician-scientists to investigate hypotheses regarding the natural history of stroke and motor recovery. The program is supported by the Center for NeuroTechnology and NeuroRecovery, co-directed by Leigh Hochberg, MD, PhD, and Sydney Cash, MD, PhD.

SMaHRT studies follow patients over time: four times in the first year, then regularly for several years. To elucidate the trajectory of recovery, researchers repeatedly measure specific outcomes, such as:

"When we think about different outcome measures, especially those that ask our participants to perform things, those tests have different cognitive loads," Dr. Lin says. "We hypothesized that certain tasks would have a higher cognitive load than others and could therefore affect patients' motor performance and our measurement of recovery."

The researchers studied a cohort of 50 stroke patients as they performed two tests at three points: immediately after stroke, six weeks later and three months later. Patients moved a set of blocks from one compartment to another in one minute and squeezed a dynamometer to test grip strength.

At every point in time, the subjects performed more poorly on moving blocks than squeezing, even after the researchers normalized the scores of the two tests.

The findings have implications for rehabilitation programs and clinical trials as well as broader stroke recovery research.

"We need to be very attentive to the types of tasks we're asking our patients to do because the cognitive loads of those tasks will actually affect our measurement of their motor performance," he says. "For example, if you have a treatment you want to test in a clinical trial that you hypothesize is specific to the motor system, you need to make sure that the outcome measure in that clinical trial is also specific to the motor system. Even relatively simple tasks that require lots of cognition are being contaminated by cognitive demands. You may be inadvertently measuring cognitive demands rather than motor system performance."

The Future of Stroke Recovery

SMaHRT studies and collaborations will continue to move the field forward with ongoing projects, including:

"Because of the SMaHRT study and the collaborations that it has enabled, we'll be able to understand individual patient factors that allow some people to recover better than others," Dr. Lin says. "Our goal is to harness these insights to develop new treatments to help patients with stroke recover better, faster and more completely than ever before".

Refer a patient to Cerebrovascular Surgery 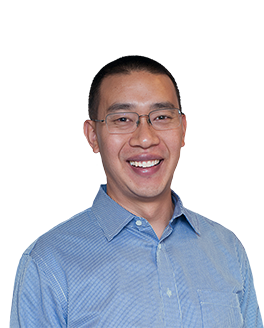 The Potential Power of Brain MRI in Predicting Stroke Risk and Recovery: A Q&A with Natalia S. Rost, MD, MPH

In this Q&A, Dr. Rost discusses her work on developing neuroimaging markers of cerebrovascular disease, stroke genetics and big data science for outcome prediction in patients with acute stroke.

Clinicians in the Department of Neurology at Massachusetts General Hospital found that new or worsening epileptiform abnormalities on continuous EEG have a strong, lasting association with poor functional outcome after nontraumatic subarachnoid hemorrhage, suggesting they may guide therapy.