Early response to a behavioral intervention, including behavioral weight loss, is known to strongly predict outcomes at the end of treatment and beyond. Rapid assessment of whether a patient is improving with a certain approach allows for transitioning them as needed to an alternative that better suits their preferences and needs.

Emily H. Feig, PhD, psychologist in the Department of Psychiatry at Massachusetts General Hospital, Jeff C. Huffman, MD, associate chief of clinical services in the department, and colleagues have conducted the first study of the predictive value of early response to a physical activity program.

The study was a secondary analysis of data from two randomized, controlled trials of an intervention designed to increase physical activity in adults with type 2 diabetes who self-reported ≤150 minutes/week of moderate to vigorous physical activity (MVPA). The intervention included motivational interviewing, goal setting, and weekly telephone meetings with a psychologist or psychiatrist to promote psychological well-being. One trial lasted eight weeks and the other 16 weeks.

Patients wore accelerometers for seven days before randomization, at the end of the intervention, and at the eight-week follow-up for measurement of MVPA and steps. They used pedometers to track their steps during the intervention. In week 1, they were asked to monitor their current number of steps but not make changes yet. In weeks 2 and beyond they started setting goals to increase their steps from the previous week.

Change in Steps per Week

Controlling for baseline activity and study length, the change in mean steps during the first three weeks of treatment was positively associated with:

Early step variability, calculated using daily step counts during weeks 1 to 3, was not significantly associated with steps or MVPA either at the end of treatment or eight weeks later.

It's encouraging that the day-to-day pattern of physical activity seems to matter less than the total amount done over the week. Patients may find it easier to meet goals if they can be flexible in their scheduling.

An exploratory analysis showed that increasing the number of steps by at least 500 per day by week 3 was significantly associated with a larger increase in steps at the end of treatment and eight weeks later. 56% of the cohort achieved that threshold.

The only other threshold with significant associations was an increase of 2,000 steps per day, achieved by seven participants (13%). This subgroup had a much more drastic relative increase in steps and MVPA during the intervention and follow-up periods.

If these or similar cutoffs are validated in larger samples, they could be used to inform the approach to care. Patients who don't meet the 500-step threshold might benefit from switching promptly to a higher-intensity intervention (e.g., more frequent contact with clinicians, provision of exercise equipment or social support) or an alternative treatment.

Learn more about the Diabetes Unit

Refer a patient to the Diabetes Unit 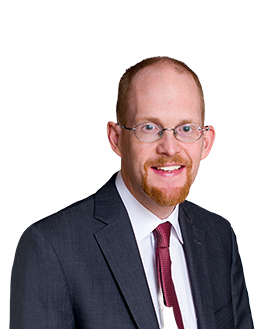 BMI Thresholds for Diabetes Screening Should Vary Across World Regions

Most genome-wide association studies (GWAS) are likely to miss variants with recessive effects. In a large recessive-model GWAS, Massachusetts General Hospital researchers identified a novel locus associated with 2.56 greater risk of type 2 diabetes in homozygous carriers that also had substantial effects on lipids.