Using data from two large prospective cohorts, Mingyang Song, MD, ScD, instructor in the Department of Medicine, Andrew T. Chan, MD, MPH, instructor in the Department of Medicine, chief of Clinical and Translational Epidemiology and physician in the Mass General Cancer Center, and colleagues have found that higher fiber intake after a diagnosis of nonmetastatic colorectal cancer is associated with a lower risk of CRC-specific mortality—as well as lower overall mortality. Their report appears in JAMA Oncology.

The researchers evaluated data from the Nurses' Health Study, which enrolled 121,700 U.S. registered female nurses who were 30 to 55 years old in 1976, and the Health Professionals Follow-up Study, which enrolled 51,529 U.S. male health care professionals who were between 40 and 75 years old in 1986. Every two years, participants answered health questionnaires; every four years, they completed food frequency questionnaires. If participants reported receiving a CRC diagnosis within the past two years, the researchers asked permission to acquire medical records and pathology reports.

From December 23, 2016, through August 23, 2017, researchers examined data from 963 women and 612 men who were diagnosed with stage I to III CRC. The average age of the cohort was 69 and survival rates were comparable to national estimates.

After adjusting for other potential prognostic factors, Dr. Chan's team determined that fiber intake was inversely associated with mortality. For each 5-gram increase in fiber intake per day, the hazard ratio was 0.78 (95% CI, 0.65–0.93; P = .006) for CRC-specific mortality and 0.86 (95% CI, 0.79–0.93; P < .001) for all-cause mortality. Thus, the increase was associated with 22% lower CRC-specific mortality and 14% lower all-cause mortality. No further survival benefit was found beyond a fiber intake of approximately 24 grams per day.

Effect of Change in Fiber Intake

Participants who increased their fiber consumption after CRC diagnosis still had a survival benefit. Each 5-gram increase in fiber intake per day was associated with 18% lower CRC-specific mortality and 14% lower all-cause mortality.

Researchers analyzed the relationship between survival and intake of fiber from various sources using the food frequency questionnaires. Higher cereal consumption was inversely associated with lower CRC-specific mortality and all-cause mortality after adjustment for fruit and vegetable fiber and other prognostic factors. Vegetable fiber was associated with lower all-cause mortality but not CRC-specific mortality. No association was found for fruit fiber.

Higher consumption of whole grains was also associated with better survival. Adjusting for fiber intake weakened the association, suggesting that fiber may be an important contributor to the protective effect of whole grains.

Fiber dilutes the fecal contents of the intestines and decreases transit time, which helps minimize exposure to carcinogens. It also has systemic benefits on insulin sensitivity and metabolic regulation, which have been linked to CRC prognosis.

Moreover, gut bacteria can ferment fiber into short-chain fatty acids, such as butyrate, acetate and propionate, that have multiple tumor-suppressive effects. In fact, preclinical studies have indicated that butyrate and its analogs show promise as chemotherapeutic agents in several tumor models, including CRC.

Learn about the Division of Gastroenterology 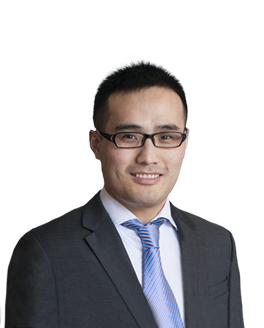 BMI Linked to Diverticulitis in Women

Using data from the Nurses' Health Study, gastroenterologists at Massachusetts General Hospital found an independent association between BMI and risk of diverticulitis in women.