Gastroenterologists and primary care providers are well-positioned to advise on these guidelines, as they regularly engage with patients in shared decision-making to determine when and how best to screen for colorectal cancer, says Dr. Jacobson, who also serves as editor-in-chief of Clinical and Translational Gastroenterology. "These are very real situations in which we find ourselves, and our updated guidelines and ongoing research help us to better manage patients."

In recent decades, colorectal cancer incidence and mortality have risen significantly in patients under 50, even as increased screening has reduced the incidence of the disease among older patients. "The trend is frustrating, because we've made strides with the broad use of colonoscopy as a tool for screening and polyp removal, and we have seen the overall incidence and mortality rates decline," says Dr. Jacobson. "But at the same time, we are seeing more and more younger people with colorectal cancer."

To address this worrisome trend, the U.S. Multi-Society Task Force on Colorectal Cancer updated its clinical practice guidelines, which were last revised in 2017. At that time, the evidence supported a recommendation that colorectal cancer screening should begin at age 45 for Black Americans and at age 50 for non-Black Americans of average risk (defined as no personal or family history of colorectal cancer or clinical symptoms of the disease). The task force's 2021 update to the guidelines, published in Gastroenterology, recommends that all average-risk individuals begin screening at age 45.

That recommendation was based on several factors:

However, there is limited research on the benefits of expanding colorectal cancer screening to younger populations. "We don't know with great certainty that starting screening five years earlier will result in fewer people dying from colon cancer," Dr. Jacobson says. "But we know that advanced polyps are present in younger patients, and we hope this recommendation will result in fewer deaths."

Dr. Jacobson and his colleagues on the task force also revisited the guidelines for screening older adults. Their updated guideline recommends:

While the updated guidelines address appropriate age ranges for colorectal cancer screening, one thing that remains unchanged from the 2017 guidelines was the recommendation for a high-quality colonoscopy performed every 10 years.

"High quality means that the endoscopist performing the procedure should be able to find polyps when polyps are present. In other words, they should have a high detection rate," Dr. Jacobson says. "Another important factor for high-quality colonoscopy is that the colon should be clean enough for endoscopists to find polyps."

In research published in Gastrointestinal Endoscopy, Dr. Jacobson evaluated the practice of canceling colonoscopies for presumed inadequate bowel preparation. If the bowel is not sufficiently prepared for the scheduled colonoscopy, patients can be turned away. But the researchers found that providers often cancel colonoscopies based on patients' self-reports about signs of possible inadequate bowel prep. Those self-reports are not reliable indicators of whether a colonoscopy can be performed.

"We concluded that providers should not be canceling colonoscopies based on patient reports, and instead should begin the procedure and let their own evaluation tell them if the bowel is not clean enough to proceed," Dr. Jacobson says.

In a forthcoming paper, Dr. Jacobson's team explored the use of artificial intelligence to evaluate whether the colon is adequately prepared for colonoscopy. Using large datasets of images, computer-aided technology can be trained to identify objective markers of adequate bowel preparation.

"There is a lot of variability among providers in their evaluations of how clean a colon is," he says. "Our goal is to develop a more objective way of assessing whether a colon is clean enough to move on with the procedure."

Patients are frustrated when they undergo a colonoscopy preparation, take time off work and then are turned away on the day of the procedure. Canceling colonoscopies can also increase risk, since patients who are turned away may not reschedule. To reduce the chance of such scenarios, the Gastrointestinal Unit at Mass General uses a text messaging program to send patients advice about diet in the days before the procedure and reminders when it's time to drink the colonoscopy prep.

"Adequate preparation is a shared responsibility between the patient and the provider," Dr. Jacobson says.

Mass General performs a high volume of colonoscopies each year, offering the most advanced screening options and colorectal cancer treatments available. The success of those treatments is closely tied to the division's robust research program. Physicians and scientists from the Division of Gastroenterology are involved in the full spectrum of research and clinical trials aimed at improving the prevention, detection and treatment of colorectal cancer. Among other groundbreaking research, scientists are exploring the use of artificial intelligence to improve detection of polyps during colonoscopies and investigating interventions to prevent precancerous lesions from developing.

"In keeping with our long-standing research traditions at Mass General, we maintain a focus on everything related to colorectal cancer, including prevention, colonoscopy, understanding the genetic changes that lead to colon cancer and colon cancer treatments, both surgical and oncological," Dr. Jacobson says. "We're not focused on just one aspect of this disease, but on how we can all pull together to better understand this disease and save lives."

Learn more about the Division of Gastroenterology 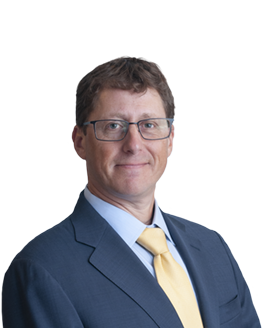 Faculty in the Division of Abdominal Imaging recently reviewed emerging imaging modalities and new prognostic criteria that are guiding the clinical management of colorectal cancer ahead of being incorporated into the international staging guidelines.

Rocco Ricciardi, MD, MPH, is chief of Colon and Rectal Surgery at Massachusetts General Hospital. In this video, he explores ways in which his research is improving surgical outcomes for patients with colorectal cancer.